I sneaked this outfit on my instagram multiple times. Beige meets blue, summer meets fall. And who doesn’t love a long cardigan, a hat, and booties? I wore the same blue dress in this post when it was SO piping hot out.

But in true Roxanne fashion, that’s all I’m going to say about my outfit. Instead, let’s gripe about tourists since they are pretty much gone for the summer. 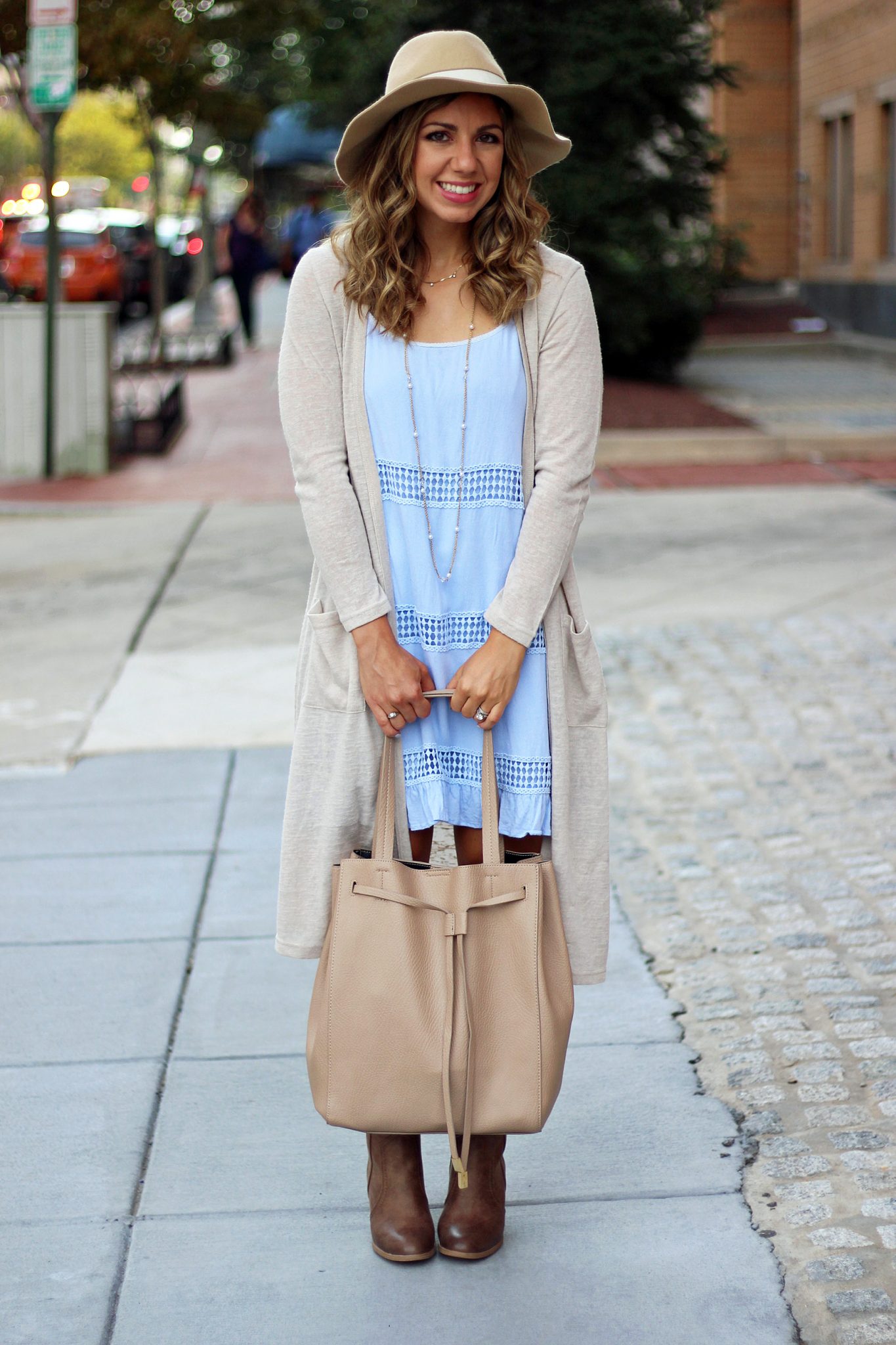 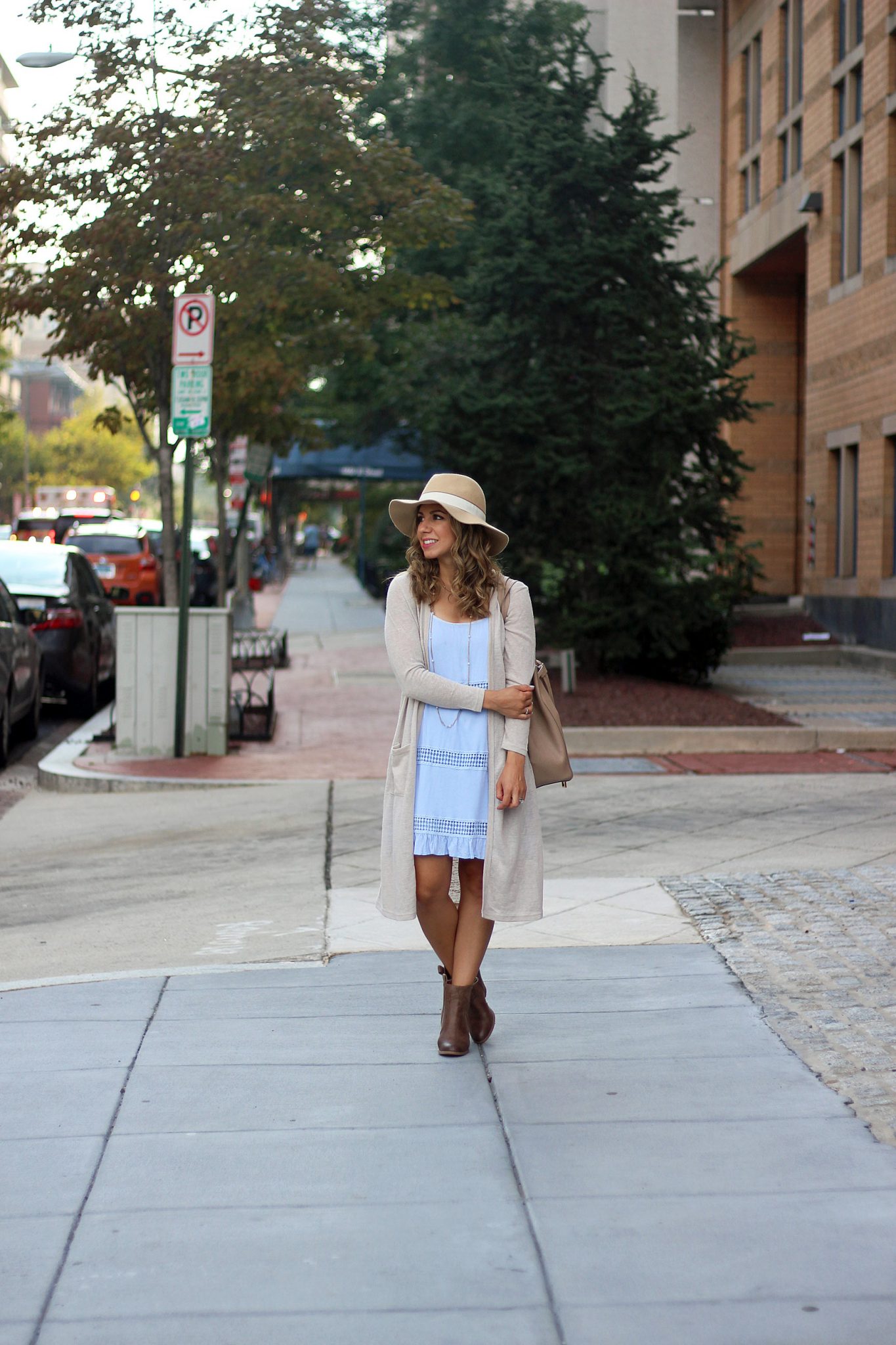 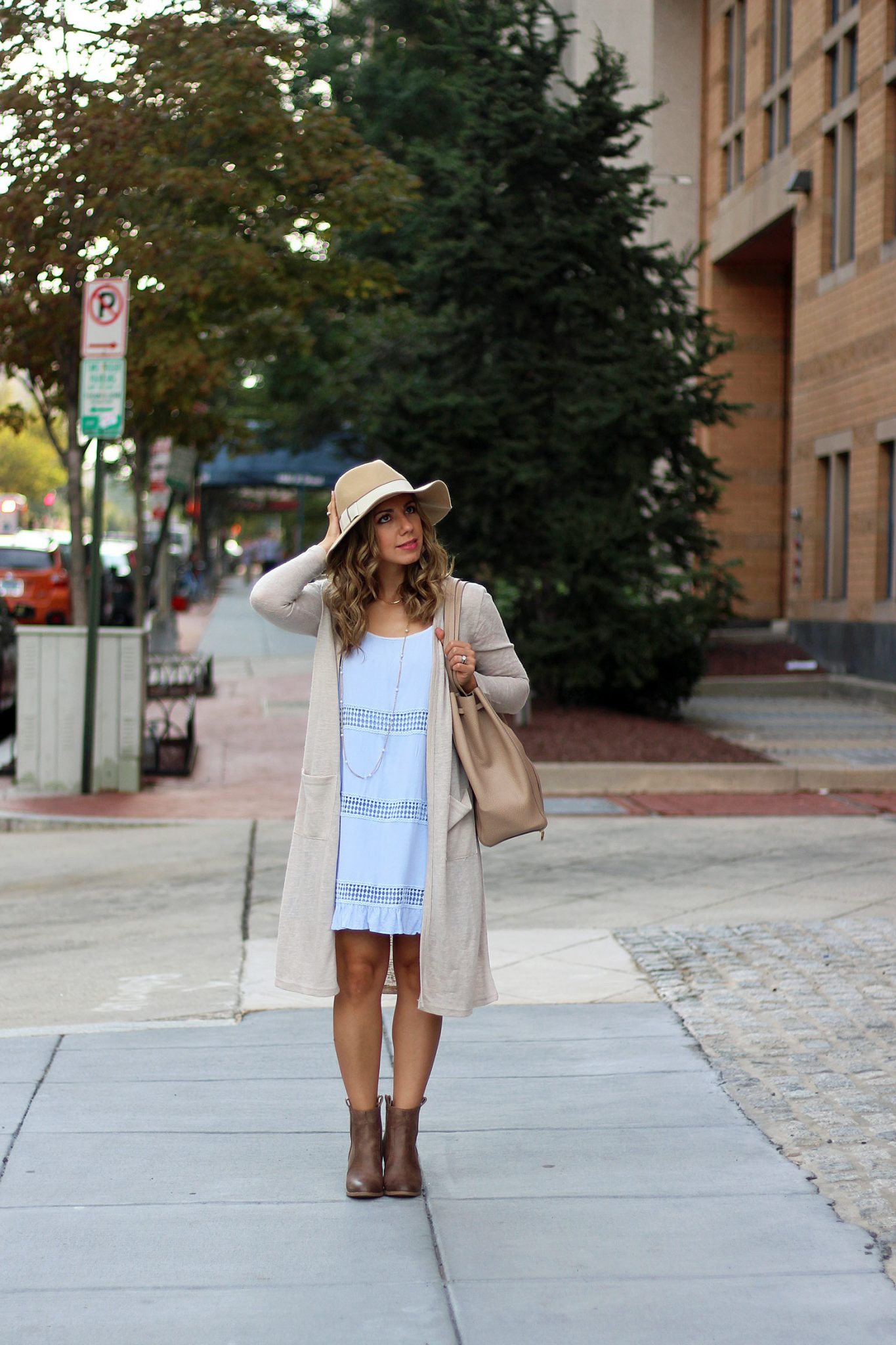 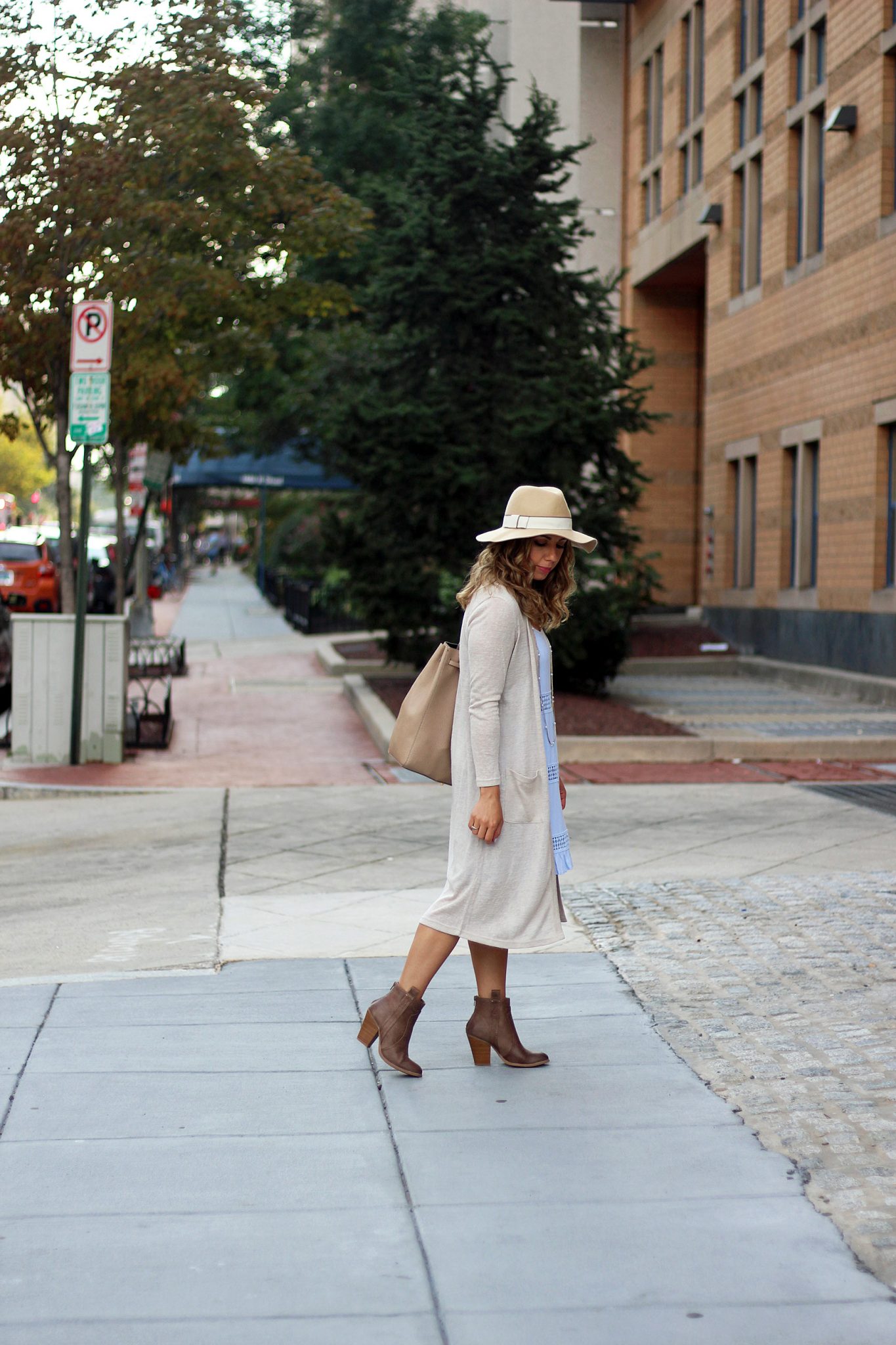 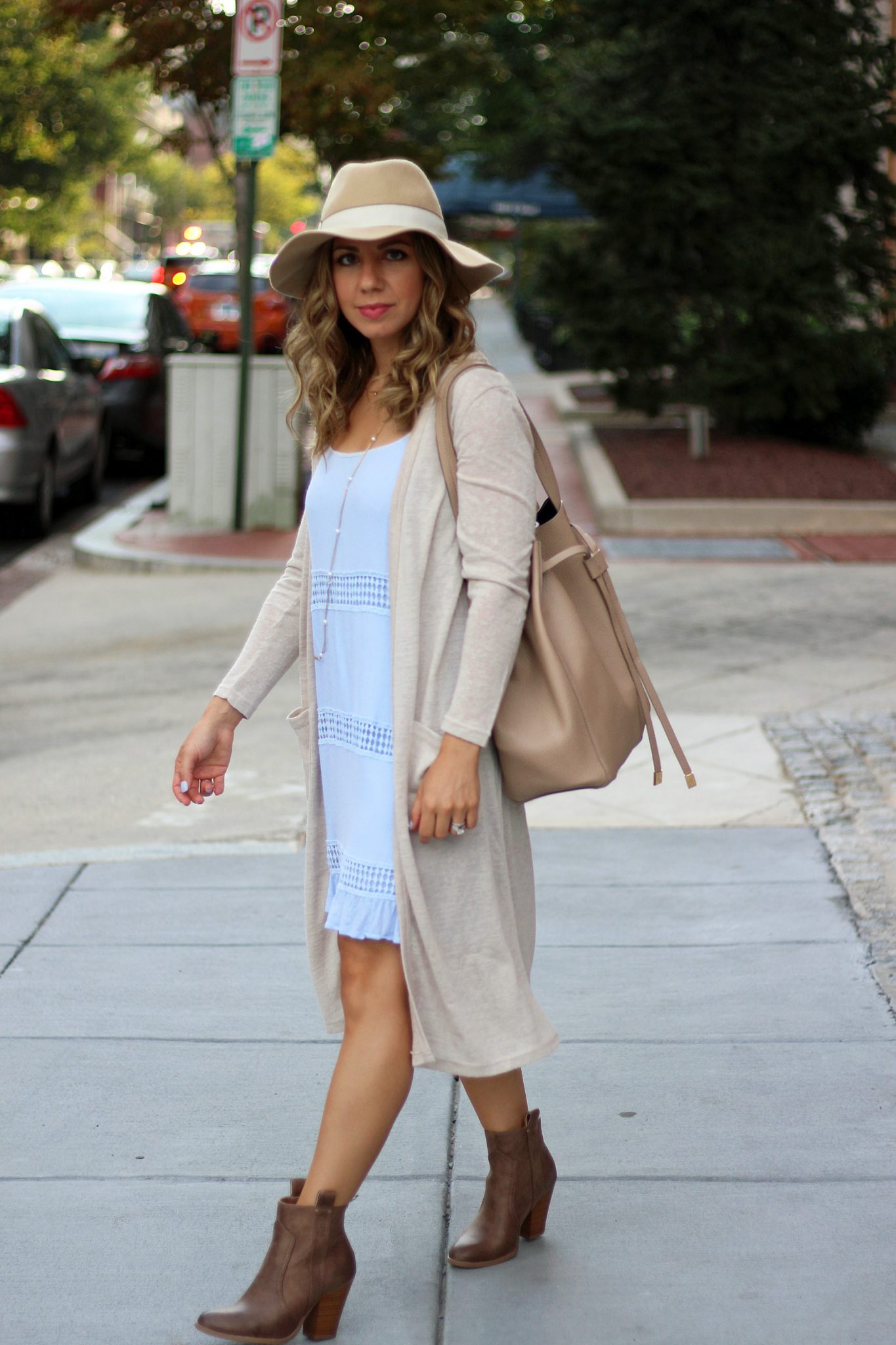 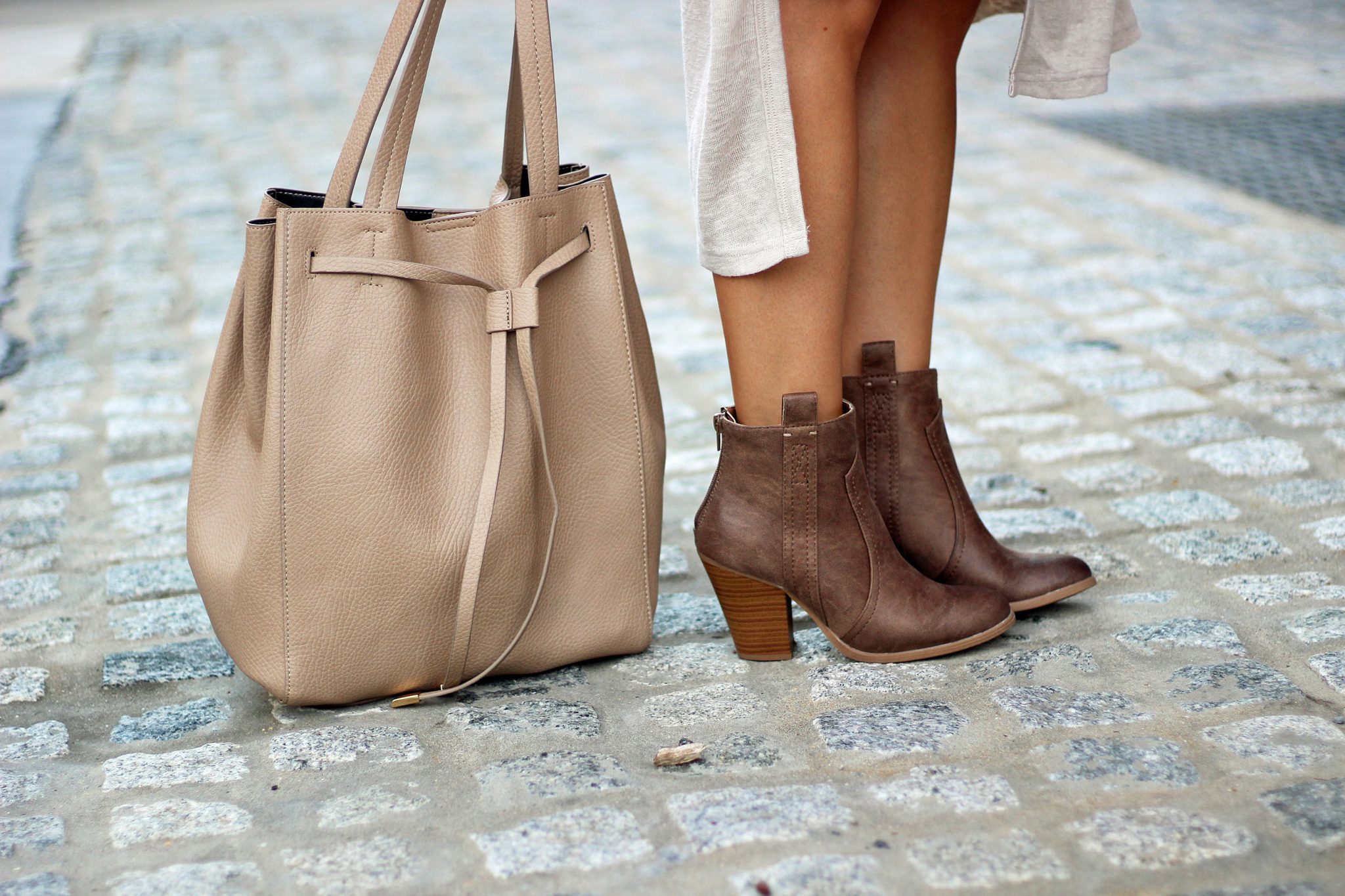 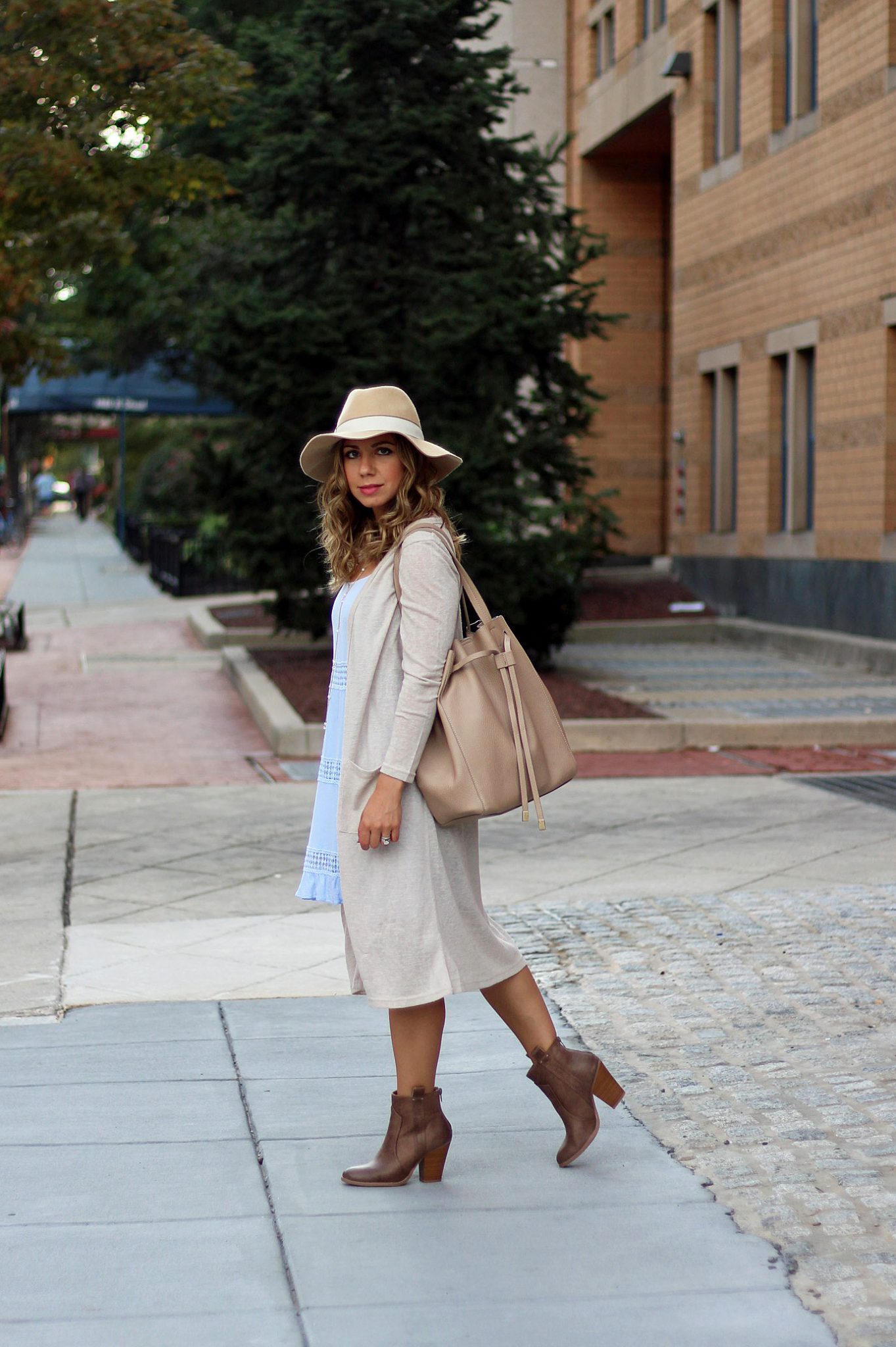 Now that the fall has hit, tourist season has slowed down significantly. In the summer, DC floods with tourists who don’t know the rules. Sometimes it is entertaining and sometimes it is downright ridiculous. I know tourists are here to have a good time and enjoy our nation’s capital, but I’m going to poke some fun. So please put on your sense of humor cap!

Part of it is my own fault. For instance, I will decide to go on a run to the Washington Monument. Running down 15th street past the White House is like a game of Plinko as I’m trying to dodge a tourist every 3 feet. I practically bounce off small children who are wandering around. Not really, but almost.

I like sitting on the metro and trying to determine who is a tourist and who is not. Who is showing their family around, new to the city, veterans, idiots who don’t give up their seats to old people and small children.  If you’re staring at me on the metro, then that’s a dead giveaway.

We all encounter the left-side escalator standers. Stand on the right, walk on the left. And the non-handy metro card swipers.

Linking arms and walking really slowly 4-wide on the sidewalk. No. Georgetown – I’m looking at you.

How about the middle school trips!? I could probably write an entire post about that. It is particularly alarming when you go to Pentagon City mall to shop and you are greeted by HOARDS of teenagers. They should just rename it Pentagon Middle School.

I once heard a kid point to the Smithsonian Natural History Museum and yell “Is THAT the White House?!” No, sir. It is not. But it is pretty grand. He was like, 13.

You obviously got that neon-colored sweatshirt at one of the trucks that also sells bags with the President and First Lady’s face on them, hot dogs, snowglobes, and ice cream.

Some tourists like to take a photo for longer than 20 seconds in front of a crowded monument. You have four seconds to take your photo. Otherwise I’ll be in it.

Finally, I’ll be running and a tourist will stop me to take a photo. I’M RUNNING. You’re a jerk. I get that I look safe because I have no personal belongings on me and I live here so I probably know the best angles. But I promise no other tourist will steal your camera.

You catch my drift. I’m just grumpy sometimes, but in truth I love you, tourists. In all your neon-shirt, sensible-shoed, fanny-packed glory. DC wouldn’t be the same without you. Just…stay out of my way. Just kidding. But seriously.

Taking a prenatal vitamin is important for women's

It’s your last chance to take advantage of @Gold