What’s a B-52 ? It is a bomber jet. It’s also a layered cocktail/shot with coffee liquor (Kahlua is my fave), Irish cream (Baileys) and triple sec (orange liqueur like Grand Marnier or Cointreau). It is also really tasty in coffee as an after dinner treat.

Sometimes my post titles can be cheesy, but I just had to do it for this one. And now I will forever associate a bomber jacket with a B-52 cocktail. 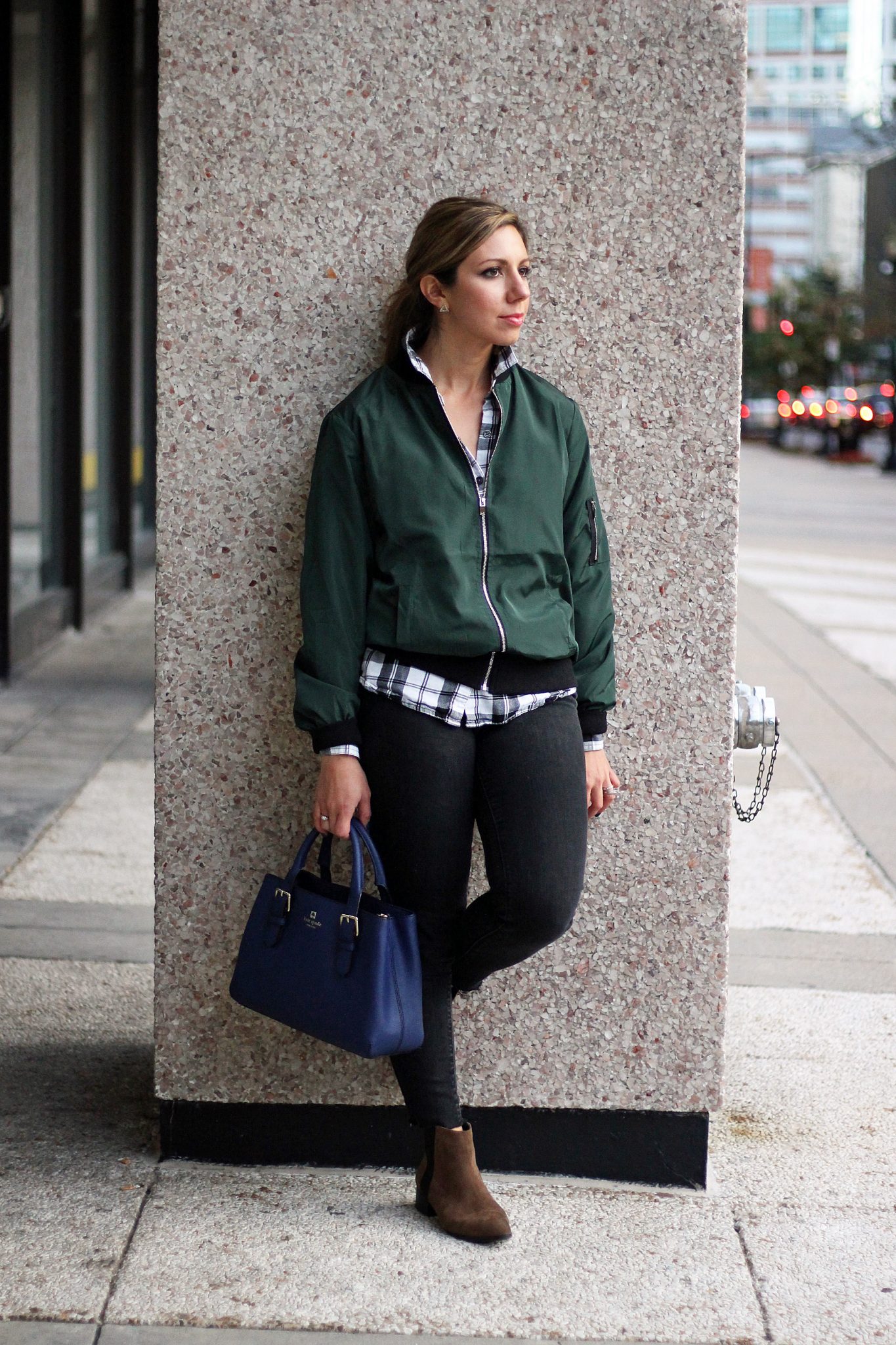 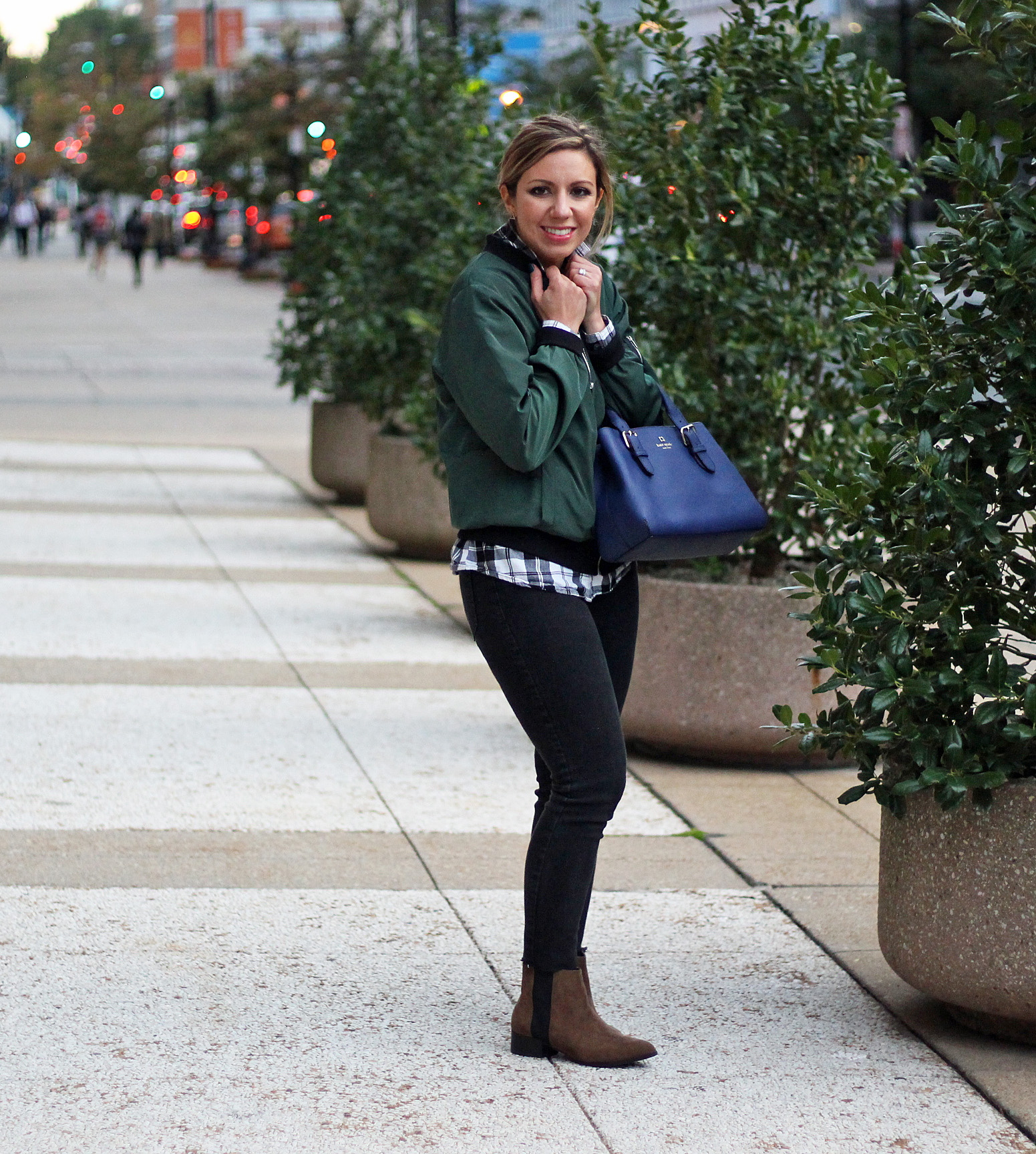 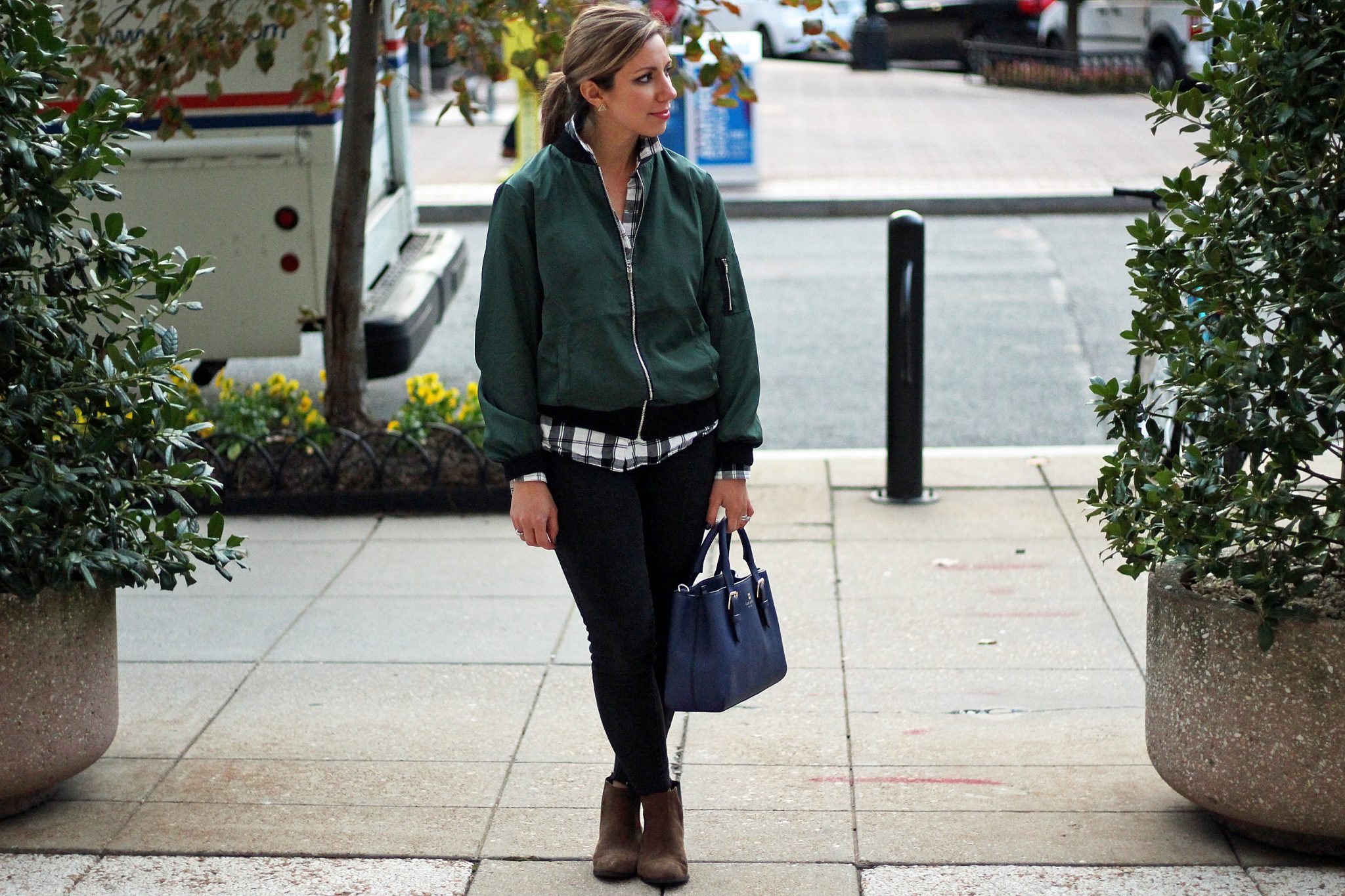 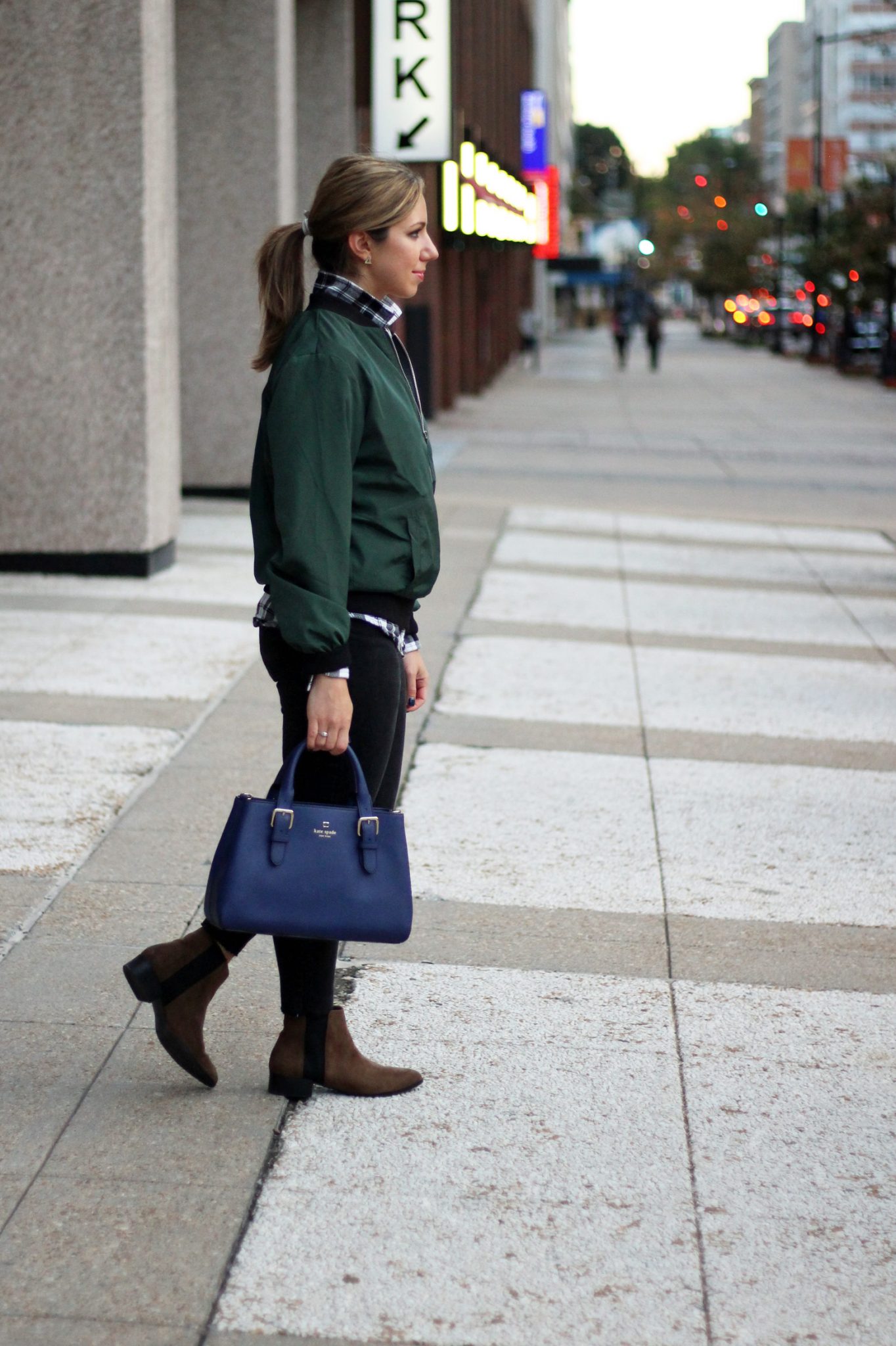 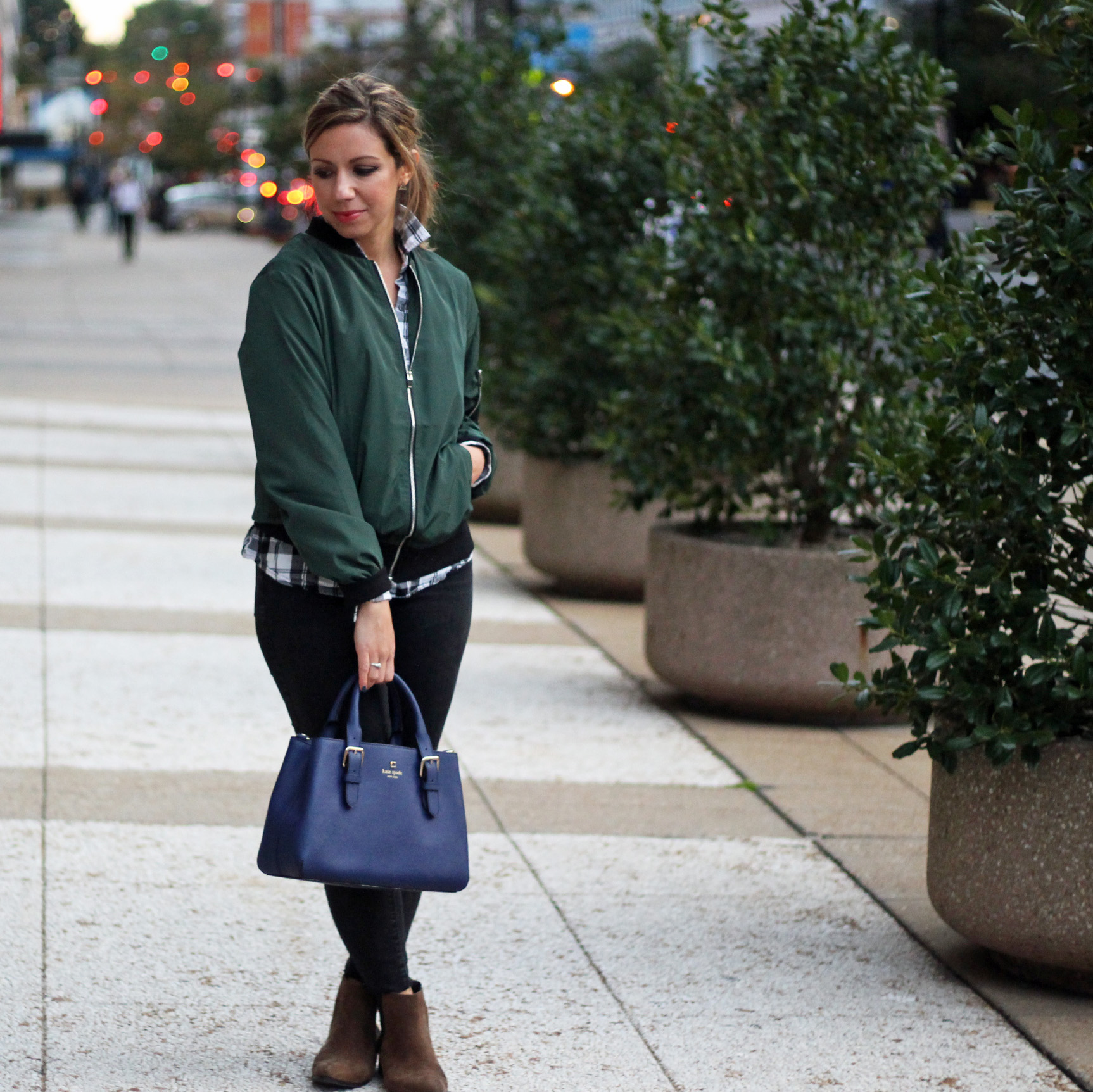 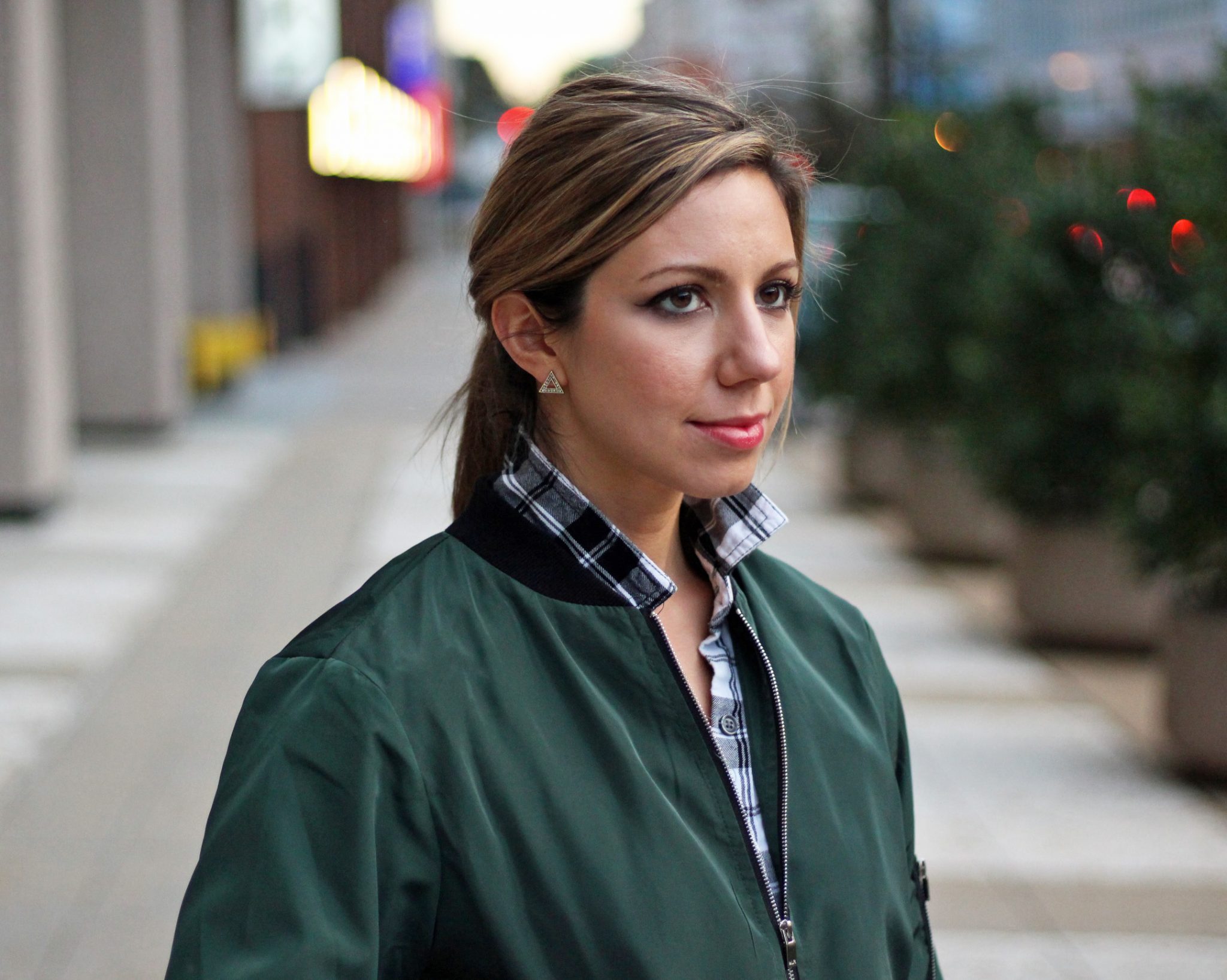 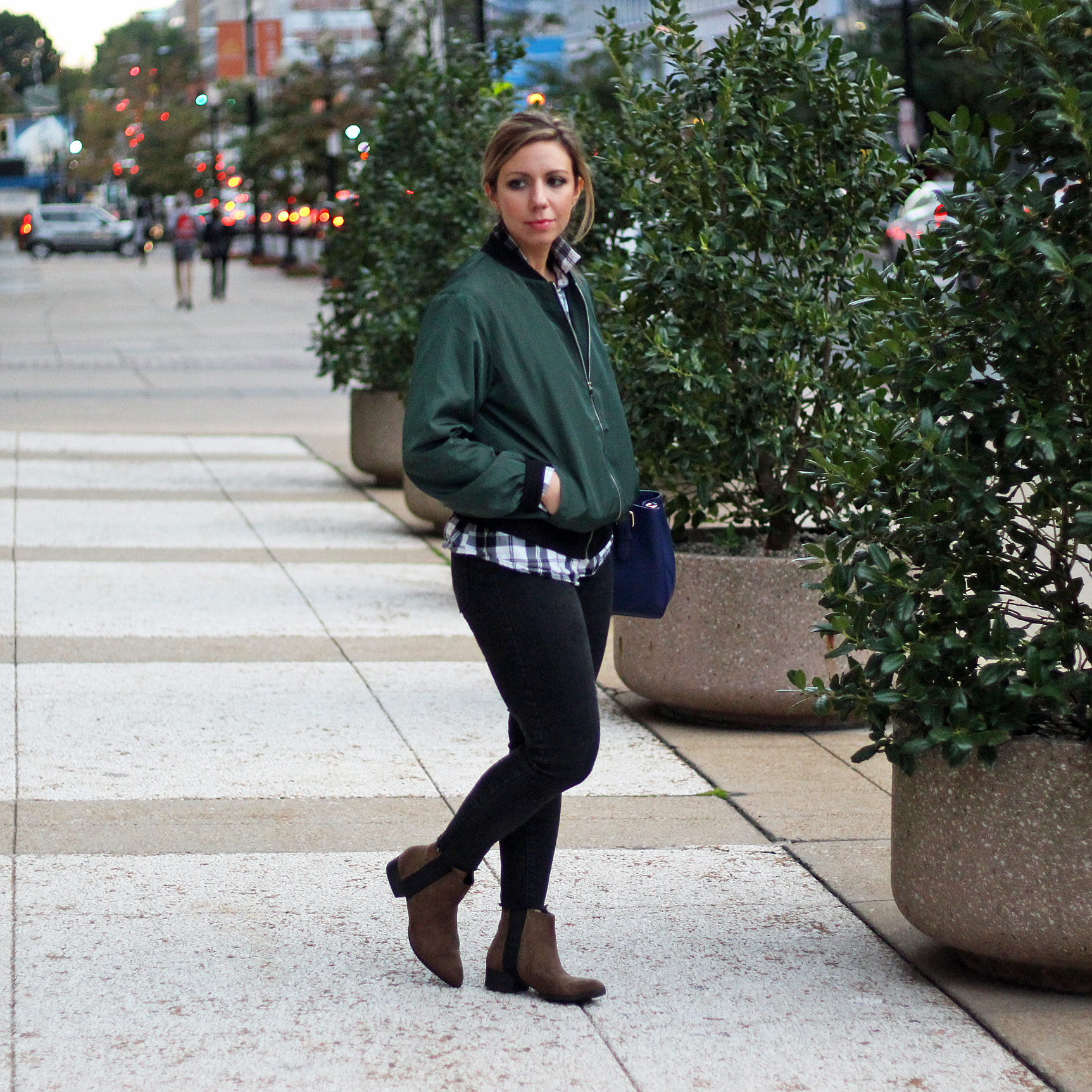 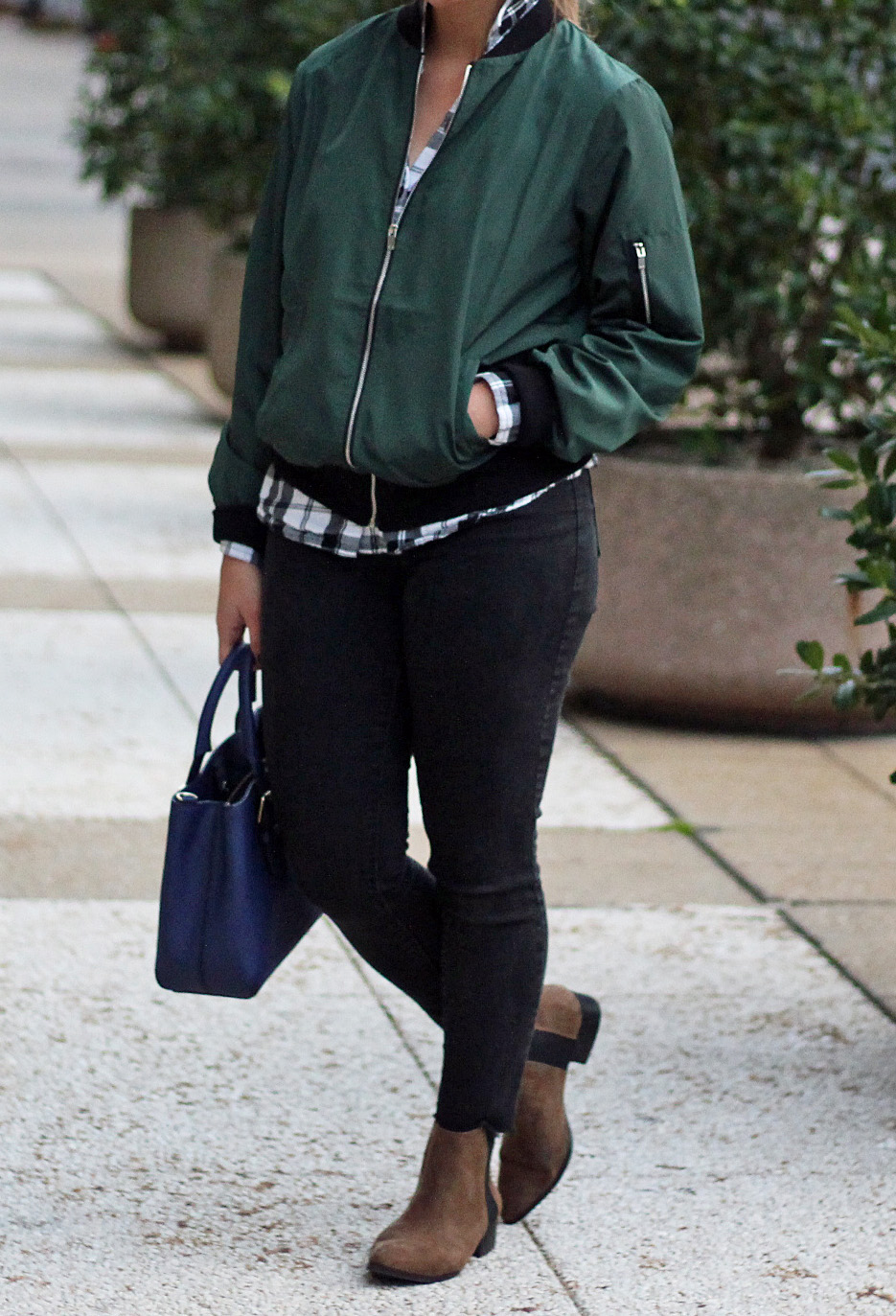 My bomber is from SheIn – and I think it is really great quality! It is super lightweight, so don’t count on it for frigid nights. SheIn has so many colors and styles of bomber jackets!  I also really like this faux nubuck one and how pretty is this embroidered one?

I wore this outfit out to dinner at Rasika, an insanely good Indian restaurant in DC. It was actually cold that week (not this 80 degree weather we have right now) so the bomber jacket layering was necessary.

Indian food is one of my favorites. It is really easy to order Paleo or grain free at an Indian restaurant, as long as you can resist the samosas (the stuffed fried triangle appetizers) and the naan (delicious garlicky flat bread). I usually order the chicken tikka masala or tandoori chicken with a side of vegetables, like roasted cauliflower or okra. I know that the palak chaat (spinach appetizer) is fried, but I splurge and resign to a tummy ache when I go to Rasika. Nobody’s perfect.

Also, I eat rice sometimes because I work out like a mother#$%@*& and my body sometimes needs it to function. While it might be contrary to popular belief and what we’ve been taught, whole grain rice doesn’t really gel with me. The white rice is much easier to digest, so I stick with what works for me.

A Fancy Blue Lace Dress For our First Anniversary

The DMs I got about this dress!! 💙You guys love

Rosie’s first time in the pool! 💙 It looks li

Love this summer girl 🌈. We’re so happy to be

The perfect springy dress from Amazon! I have it i

The uniform lately! Activewear is necessary when y

We went on our first date night since having Rosie