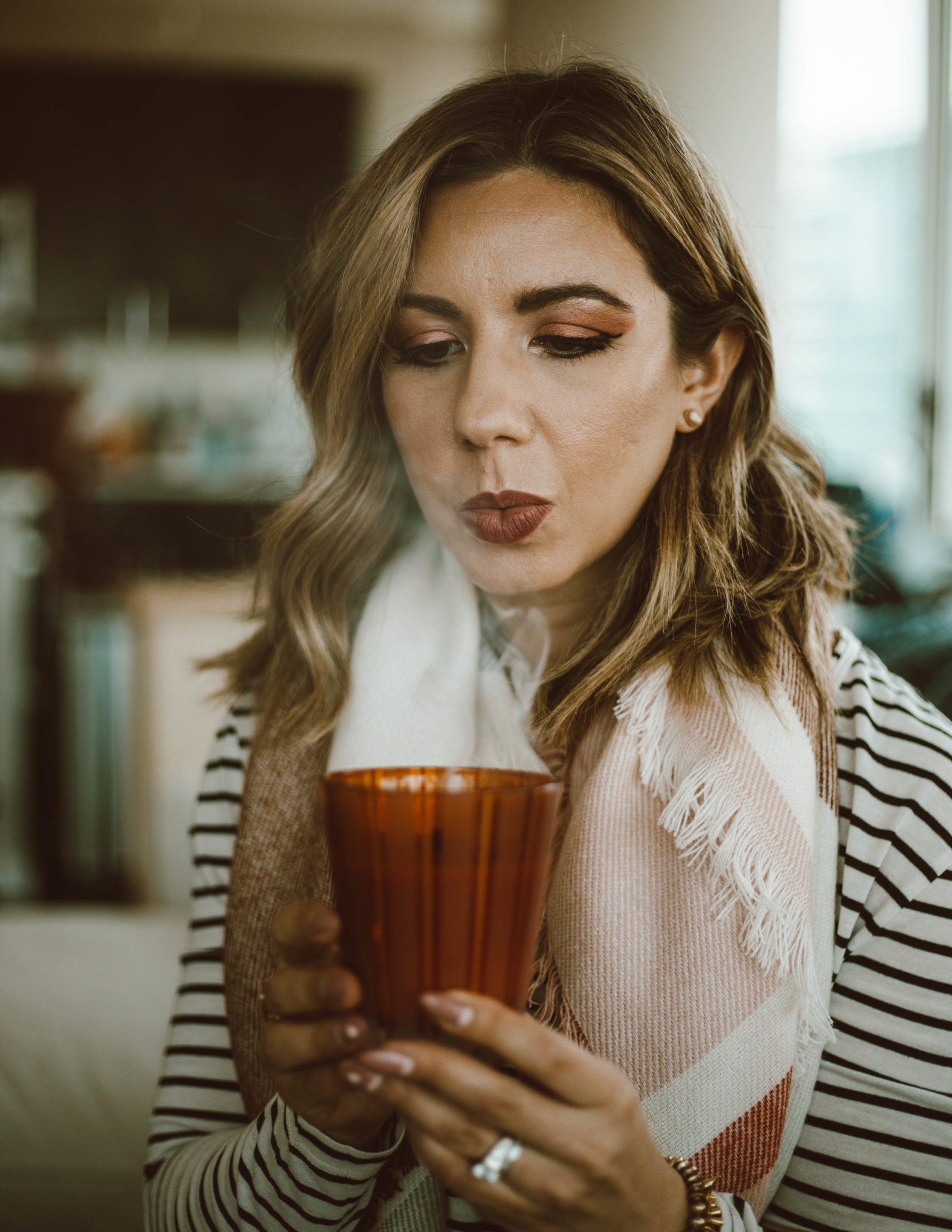 I cherish this platform as a place where I can share my personal style and beauty advice, but alas, life is not always kittens and rainbows. And as someone who is lucky to have a strong community of readers here on my tiny piece of the internet, I feel it is only right to use my space to publish poignant pieces such as this one.

I’ve been feeling super melancholy since the Pittsburgh synagogue shooting on Saturday. I basically cried all Saturday morning, started to feel better, read an article, cried again, got myself together, then cried again. Then I had to go out because I paid $125 for a ticket to a Halloween party. It was great to hang out with friends and see that life does continue, even after such senseless tragedy. But I really just wanted to stay home and feel miserable for the victims and their families and humanity as a whole.

After moping and feeling like shit for a few days, I decided that I didn’t want to feel like that anymore. I donated to The Cleveland Jewish Federation’s Victim’s of Terror Fund, which made me feel a bit better, like I was channeling myself into doing something useful. Another option is donating to HIAS (Hebrew Immigrant Aid Society).  (HIAS is under attack because white nationalists think we are trying to undermine their power by aiding immigrants.) I also started posting my feelings on social media, and received waves of support and heartfelt words of comfort.

Do I feel 100% better? No. A little better, yes. I feel badly that I am so desensitized to shootings and violence in America, that when this happened I was so quick to chalk it up to our “new normal.” When a gunman opened fire on a place of worship, I can’t say that I was beyond surprised. But, as a Jewish woman, this attack feels so personal, and a bit too close to home. I grew up in a community in Cleveland, Ohio, that is very similar to Squirrel Hill in Pittsburgh. A strong, long-standing Jewish community that felt like one big family. Pittsburgh is just a two hour drive from my hometown, too. I can imagine my family and friends sitting in the synagogue on a Saturday morning, talking about the weather, watching the kids run around, and discussing the amazing new place they went to lunch last week. They’re reciting the same prayers that my people have cherished for years, and repeating traditions that the Jews have died for as history repeats itself.

The Anti-Semitic massacre in Pittsburgh wasn’t a terrorist attack, it was a hate crime. The deadliest attack on the Jewish community in the history of the United States. And to use it to segway into other topics such as gun control or racism is wholly inappropriate. And I take it extremly personally. 11 Jews murdered because a lunatic believed that we have something to do with the migrant caravan arriving from Mexico. In Hebrew school we were reminded on a daily basis of the history of our people, and a contstant theme is that historically, anti-semitism and mass violence against Jews was tied to propaganda and blame, started by some crazy conspiracy that we were the source of all the problems. From medieval times of burning Jews for allegedly poisoning wells, to Russian pogroms, to the Holocaust. And here we are again, in our own country, dying over anti-semitic conspiracy theories. I always thought that anti-semitism was something my people left behind in Europe after the Holocaust, but now I see that it is not true. My heart is broken.

Please teach your children, friends, and communities that Jews are just like anyone else. We love our families, go to work, and try to be good people. Hate is a disease that spreads and infects every corner of society. And believing in and perpetuating conspiracies only leads to death. Hateful speech always ends in violence – thus what we SAY is of the utmost importance. What we all need now is love, acceptance, and those who are willing to say “HERE I AM”, “I AM WITH YOU”, “YOU ARE NOT ALONE.”

Friday Fizz with a Rainbow Dress: I Will Make You A Rainbow Cake

Dry January Wasn’t A Month of Enlightenment and Rainbows Hello, yellow! 🌟 I teamed up with 7 other blogg

Being a mother to a daughter is the ultimate form

My Traverse City guide and photo diary is live on

Hanging out at the pool! I splurged on this @janie

I always wanted to try and get the perfect “dres

The light of my life. 🌟 When things feel dark a

We had the best time visiting Sidney’s grandpare


Error: API requests are being delayed for this account. New posts will not be retrieved.

Find out more or adjust your settings.

This website uses cookies so that we can provide you with the best user experience possible. Cookie information is stored in your browser and performs functions such as recognising you when you return to our website and helping our team to understand which sections of the website you find most interesting and useful.

Strictly Necessary Cookie should be enabled at all times so that we can save your preferences for cookie settings.

If you disable this cookie, we will not be able to save your preferences. This means that every time you visit this website you will need to enable or disable cookies again.

Is Distressed Denim In Or Out? & The Return Of The Magnificent 8