It has been a rough couple of days. I’m really sorry I have been quiet and missing the past couple of days, but I just could not bring myself to write when my kitty Elwood has been sick. 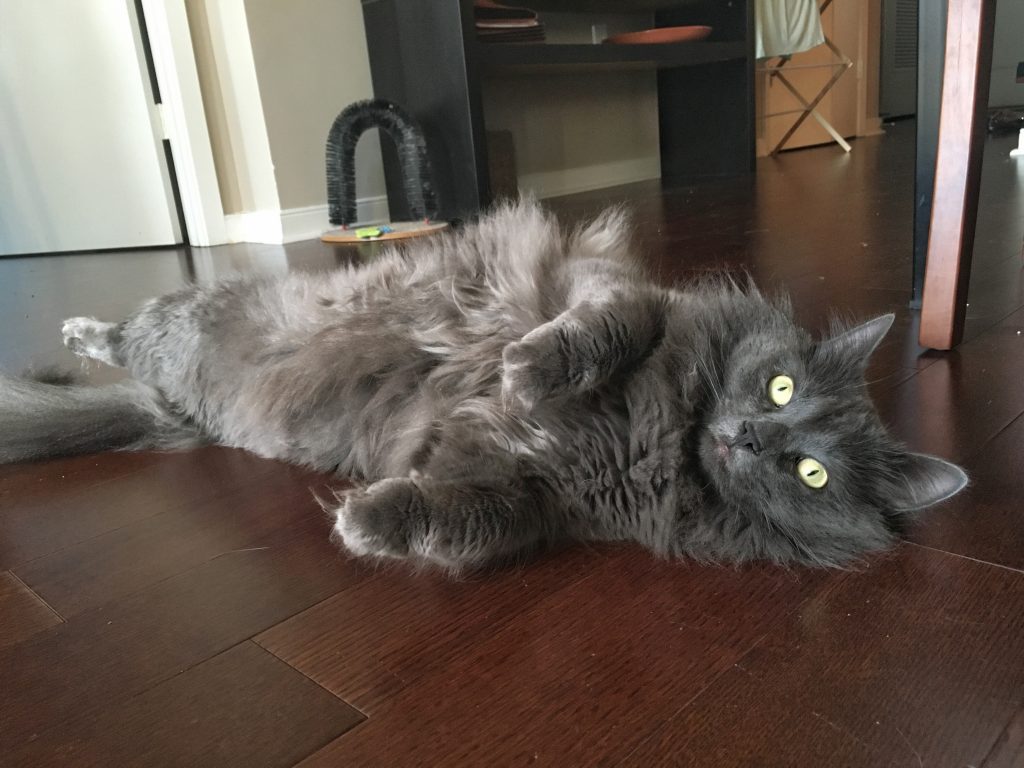 My sweet kitty, Elwood, has been in and out of the pet hospital since Monday. That’s why I have not been around.

I got home from work on Monday and opened a package I was anxiously awaiting. You know how those plastic envelope-type packages have a plastic ribbon you can peel off if you want to re-seal the package for a return? Elwood always takes the ribbon off and plays with it because he likes that it is crinkly. When he took the silver ribbon of the package and started playing with it, I thought nothing of it.

After about 5 minutes I walked into the living room and saw him sitting on the carpet – his mane was really slobbery and the ribbon had disappeared. I thought “no way it’s not even possible.” I didn’t think that he could eat a plastic ribbon in under 5 minutes!

It was about a foot long and a little under an inch wide!

I looked everywhere for that damn ribbon. And I couldn’t find it. That’s when I called our vet and she said to take him to urgent care. I called Dan and we took him immediately. 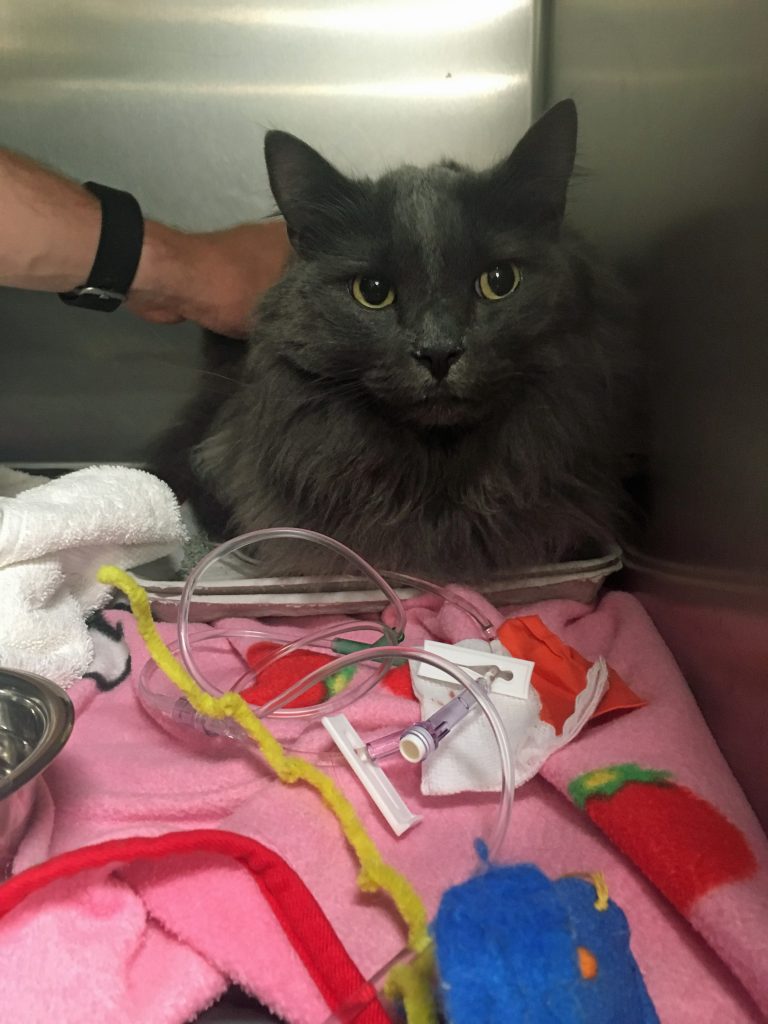 Being brave but also super doped up 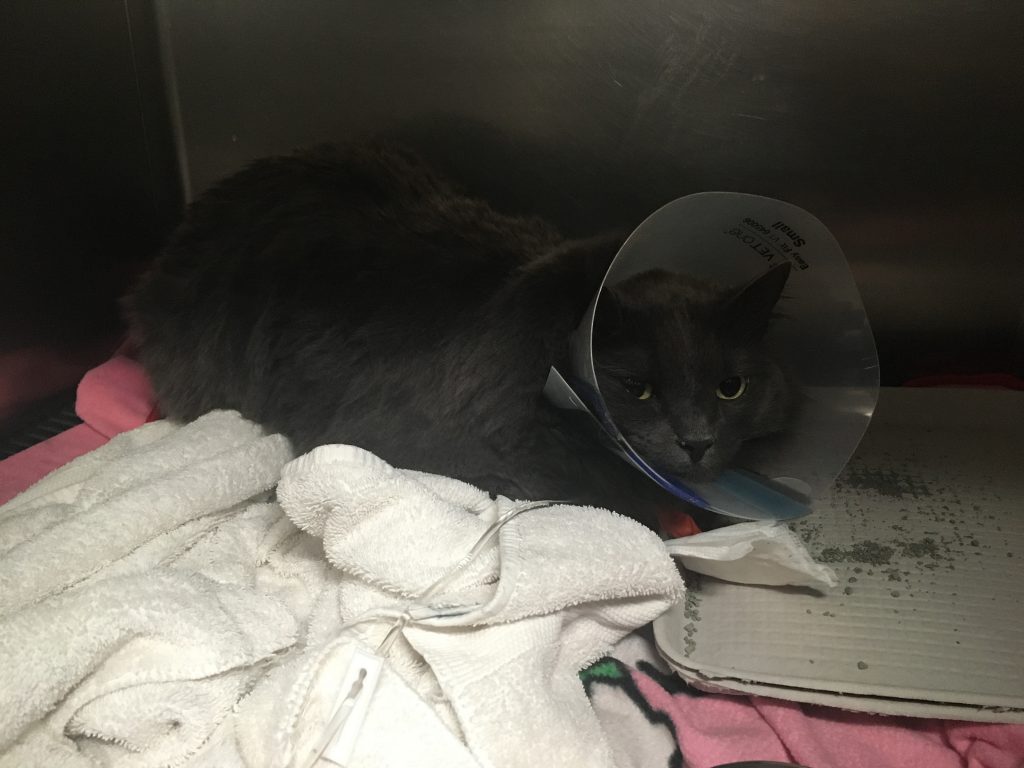 Rocking the cone of shame

Many many hours, ultrasounds, x-rays, and prodding later – we took him home to sleep and see if he got any better/worse. I got a call from the vet the next morning saying she had a radiologist look at all the films and that it was urgent that we take Elwood back to the hospital for more monitoring and possible surgery.

We cried, we sat in the waiting room, we drove back and forth to bring him all his favorite towels and toys, we agonized, and we spoke with what seems like 800 vets, surgeons, and technicians. After hours of tests and waiting to see if the ribbon would pass out of his intestine naturally, we made the decision for him to save surgery on Wednesday evening. Everything went well, but he stayed overnight at the hospital. It was terrible for us, but we knew he was in good hands. 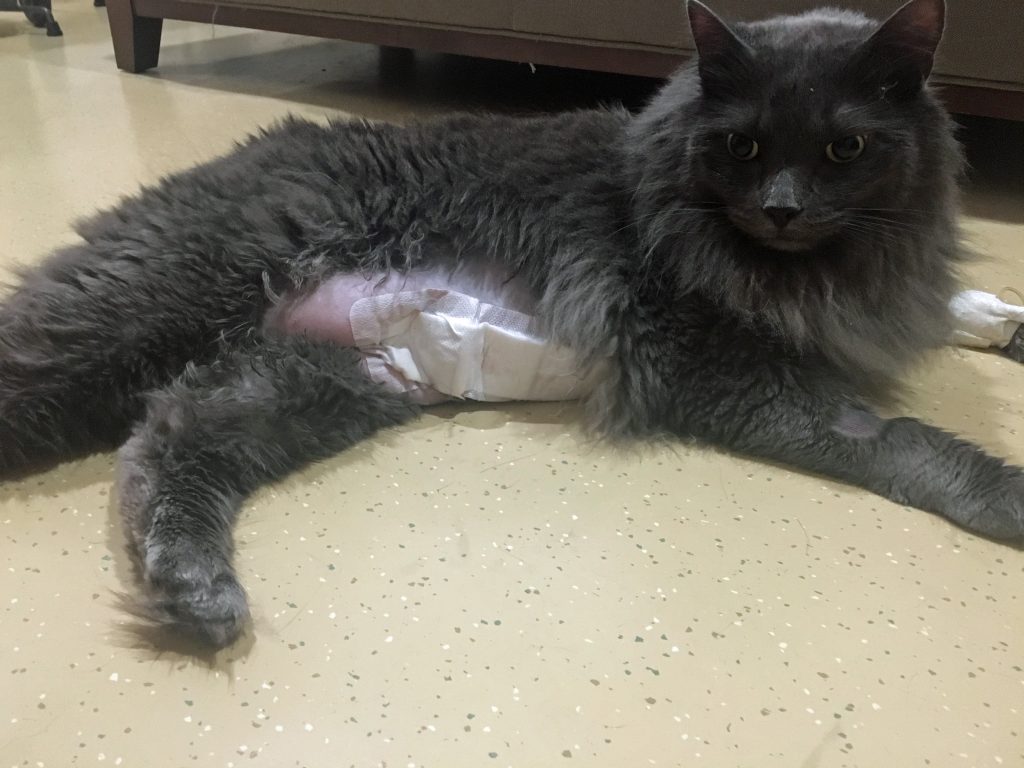 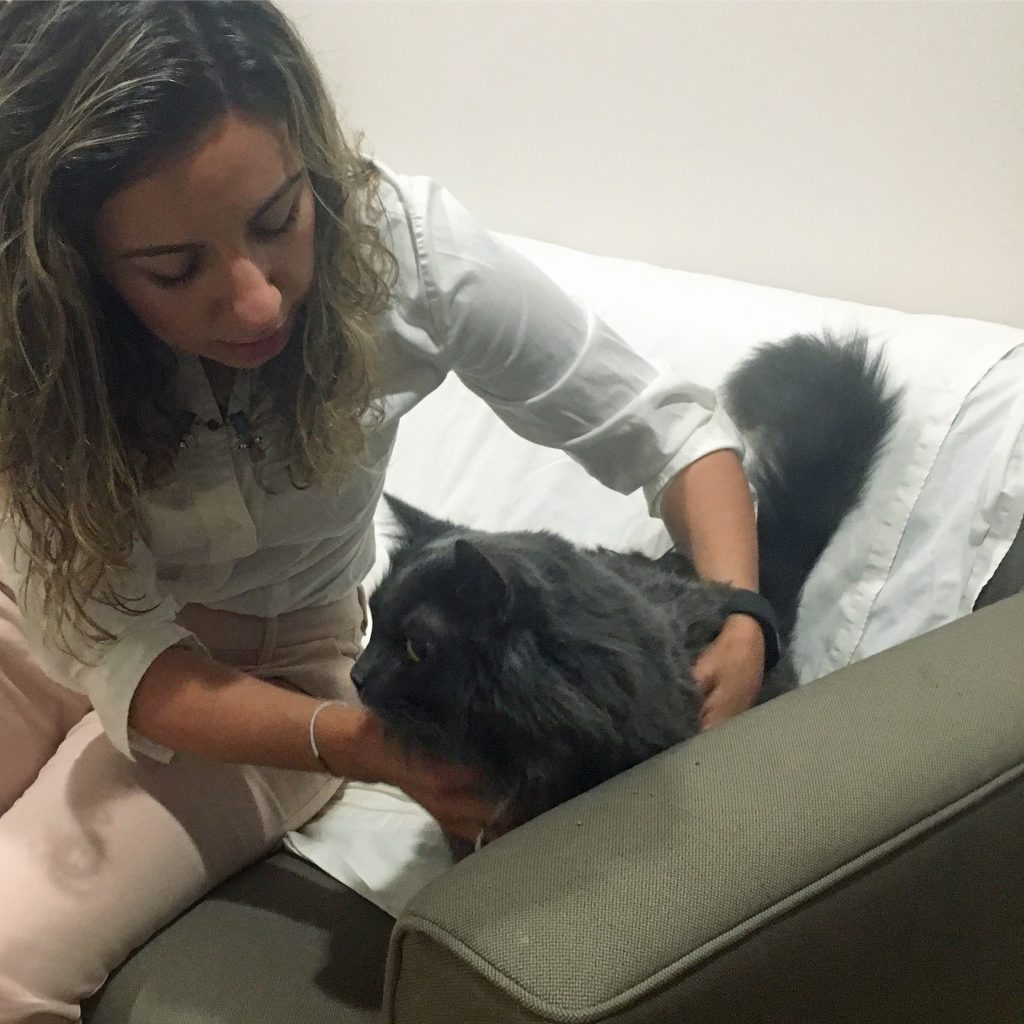 Visiting the morning after his surgery.

We visited him this morning when he woke up from surgery. His little belly is shaved and he has a sizeable incision on his belly. And tonight we were cleared to bring him home! He has a silly little vest that he wears to help the wound heal and to keep him from licking his belly. When he is unsupervised, he has to wear the cone of shame. 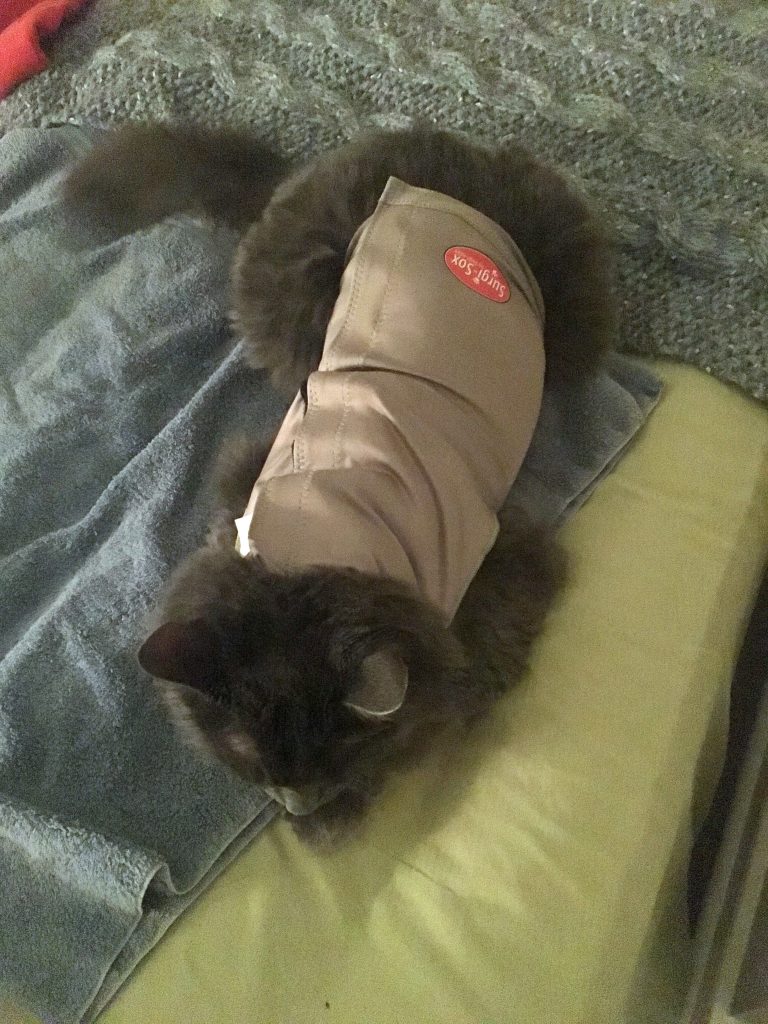 Ellie in his thunder vest. He is a cat of glam so he can pull off pretty much any look.

We are keeping him away from his brother, Jake, for a little while so he can get some rest. Jake is totally freaked out that his brother has been gone for 2 days, and won’t go anywhere near Elwood anyway. It’s probably all the foreign hospital smells.

So the worst is over! I definitely did not think that this week was going to be so miserable. I’m just happy to have both my fur babies home and on the mend. Count your blessings and squeeze your loved ones!

Botox, Breast Aug, and Rosé at the Austin-Weston Center For Cosmetic Surgery

So happy I took the @hillhouse nap dress plunge! T

Nothing quite like when your friends get to meet y

Having so much fun on our road trip! 🚗 Yesterda

Rosie is 2 months old! 🌹 She loves being sung t

I’ve loved these nails so much that I decided th

The mom uniform I’ve been washing and wearing an

I love this photo of Rosie! 🌹Her little turban