Christmas in Germany is spectacular. There’s nothing like exploring a new city while taking in all the local holiday traditions. Our quick 6-day trip was full of hot mulled wine, good food, and poignant history. 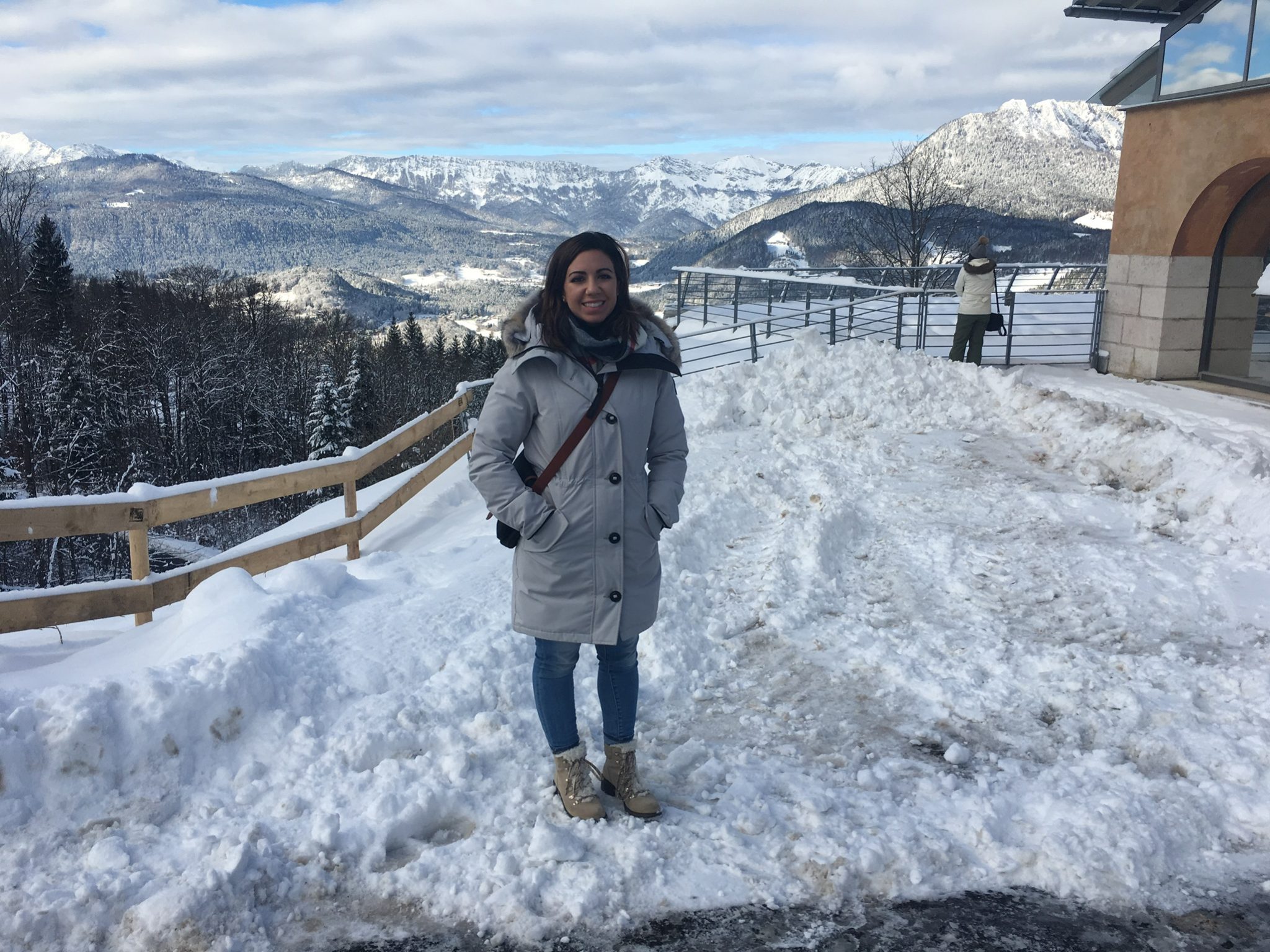 Our 6 day Itinerary In Germany 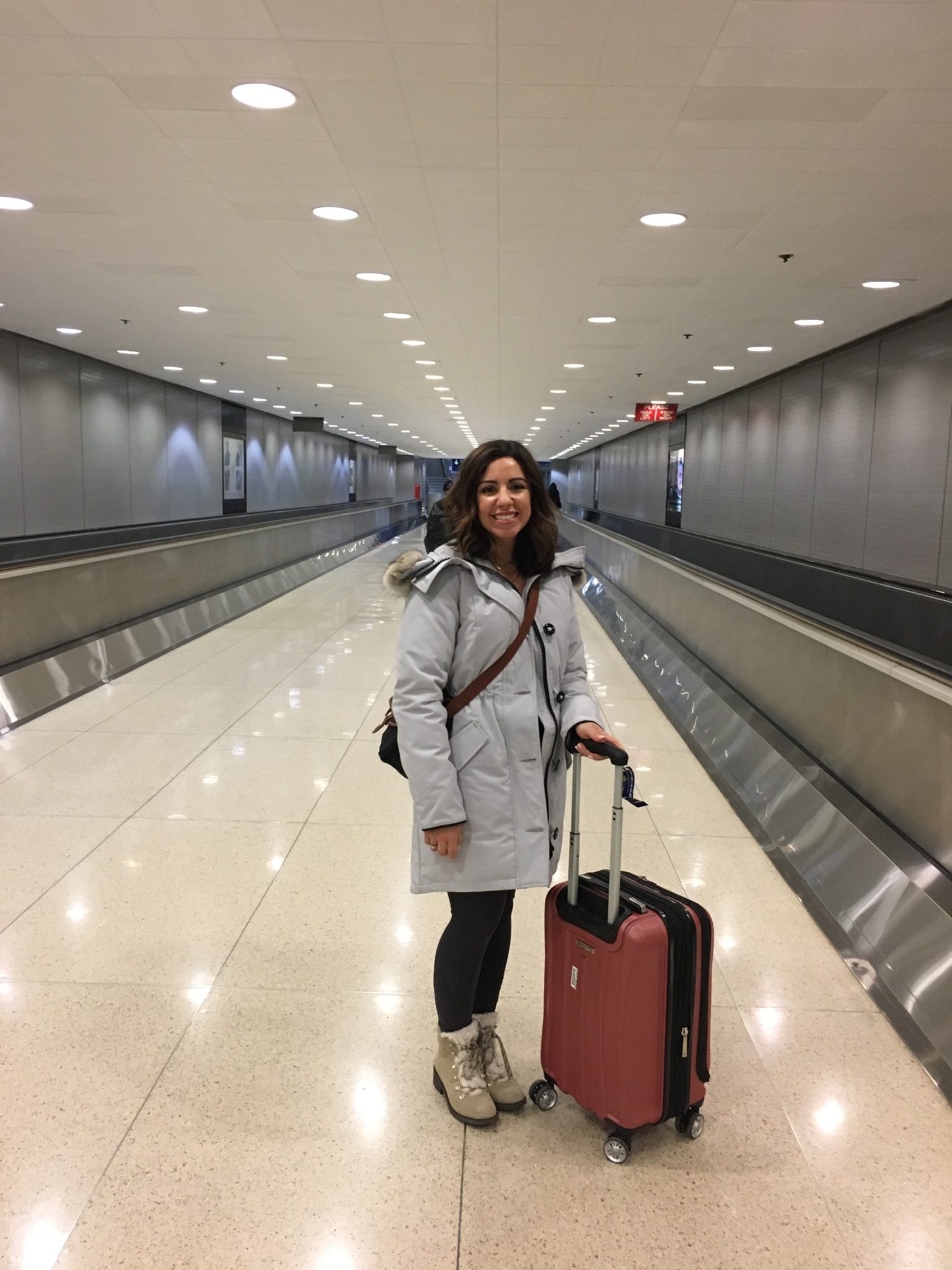 I never check a bag. I curate everything I need so that it will fit in a small carry on. A big bag slows me down (both in the sense of having to check the bag, customs, and schlepping it from town to town) and is totally unnecessary. European towns, especially the quaint little old ones, don’t have elevators and escalators, so I need to be realistic.

On the downside, you see me wearing the same boring outfit in every photo. That kind of bothers me, especially since I am such a fashion girl. That’s why I picked out these cute boots, which were both stylish and comfortable. But I’m not going to Europe to wear a different pair of shoes every day, I want to see and learn things. 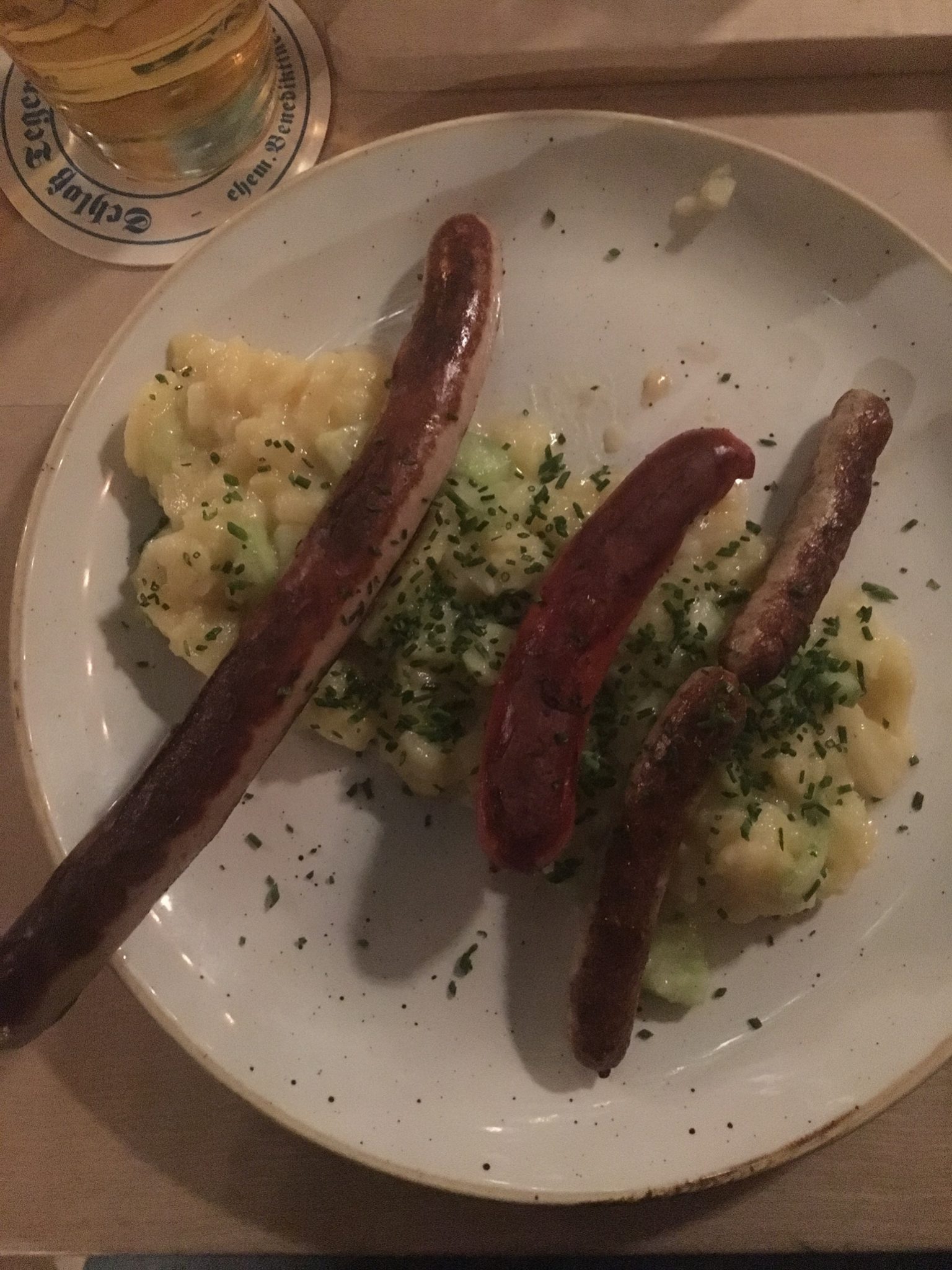 Munich is especially quiet on Christmas. Our hotel proprietor (which only had 4 rooms) quickly met us to check in then disappeared. Unfortunately, we got into the city just as they were closing the Christmas market. We were still able to walk down the Karlzplatz and enjoy the lights while we searched for restaurants that were open to serve us.

Luckily the churches were still open to tourists, as well as the Hofbrauhaus! We met some really nice people from all over the world (the Philippines, Kenya, Belgium, and South Korea!) at our Hofbrauhaus table.

On our last night we got to go to the large outdoor Viktualienmarkt and walked around the fancy Dallmayr grocery store with our jaws on the floor. Oh, and we bought some chocolate. The gate reads “work will set you free”. This particular site was not easy to visit, but it is especially important to remember the atrocities committed by the nazis so that they never occur again. The camp also contains powerful monuments and memorials to remember the lives that were so needlessly lost.

While the Dachau camp was mostly destroyed after it was liberated, there are still many original buildings, as well as reconstructions based on photographs. We saw inside a reconstructed barrack, the original admittance center, the bunker with small prison cells, and the crematoriums. We left feeling extremely lucky to be alive, but also quite sad that anti-semitism is still such a strong sentiment. History is extremely important, even those events that we would prefer to forget.

If you ever plan to go I recommend renting the English audio guide and allow yourself 2 hours to tour the entire grounds. If you’re interested in hearing more about it, please email me and I’d be happy to give you more information. 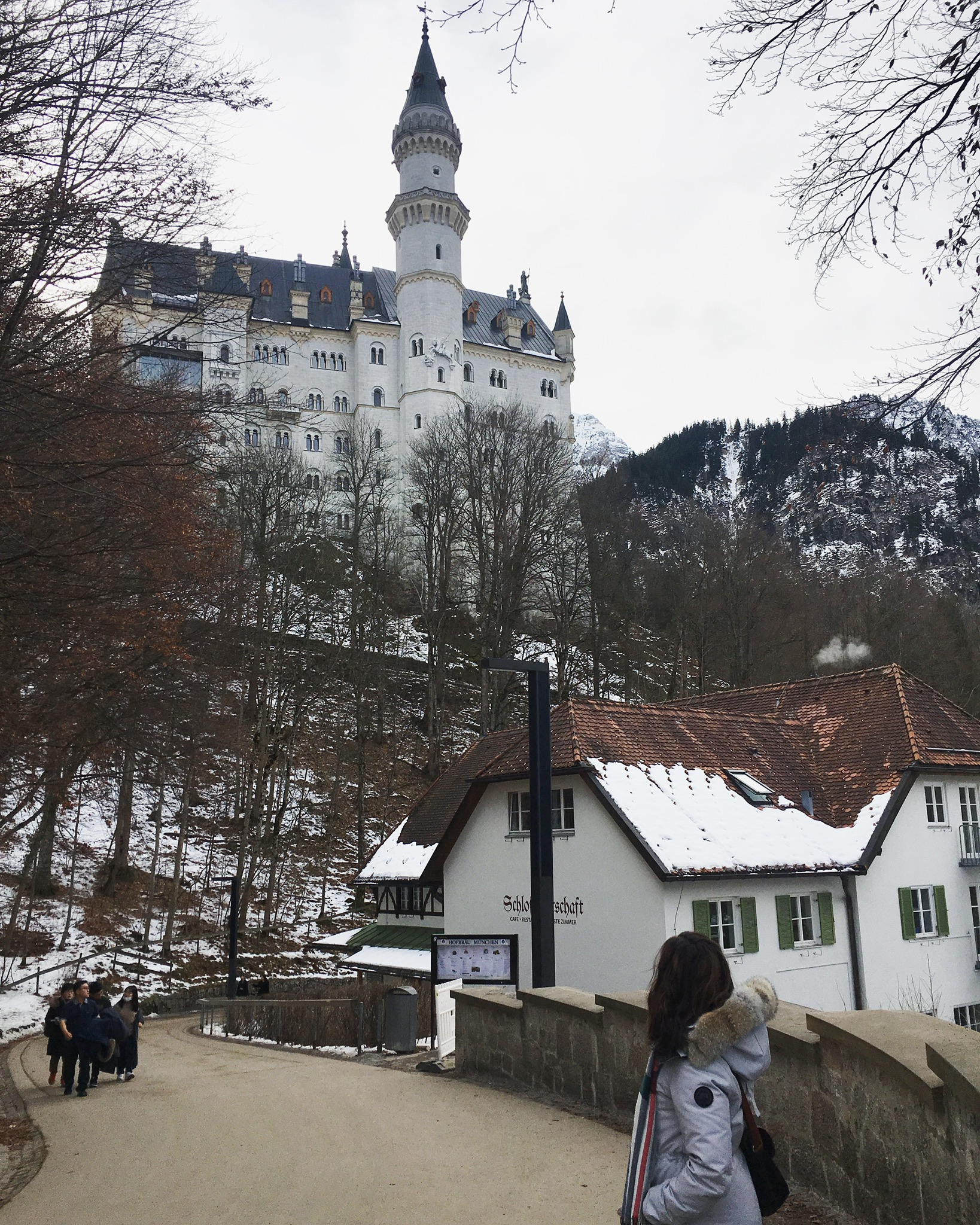 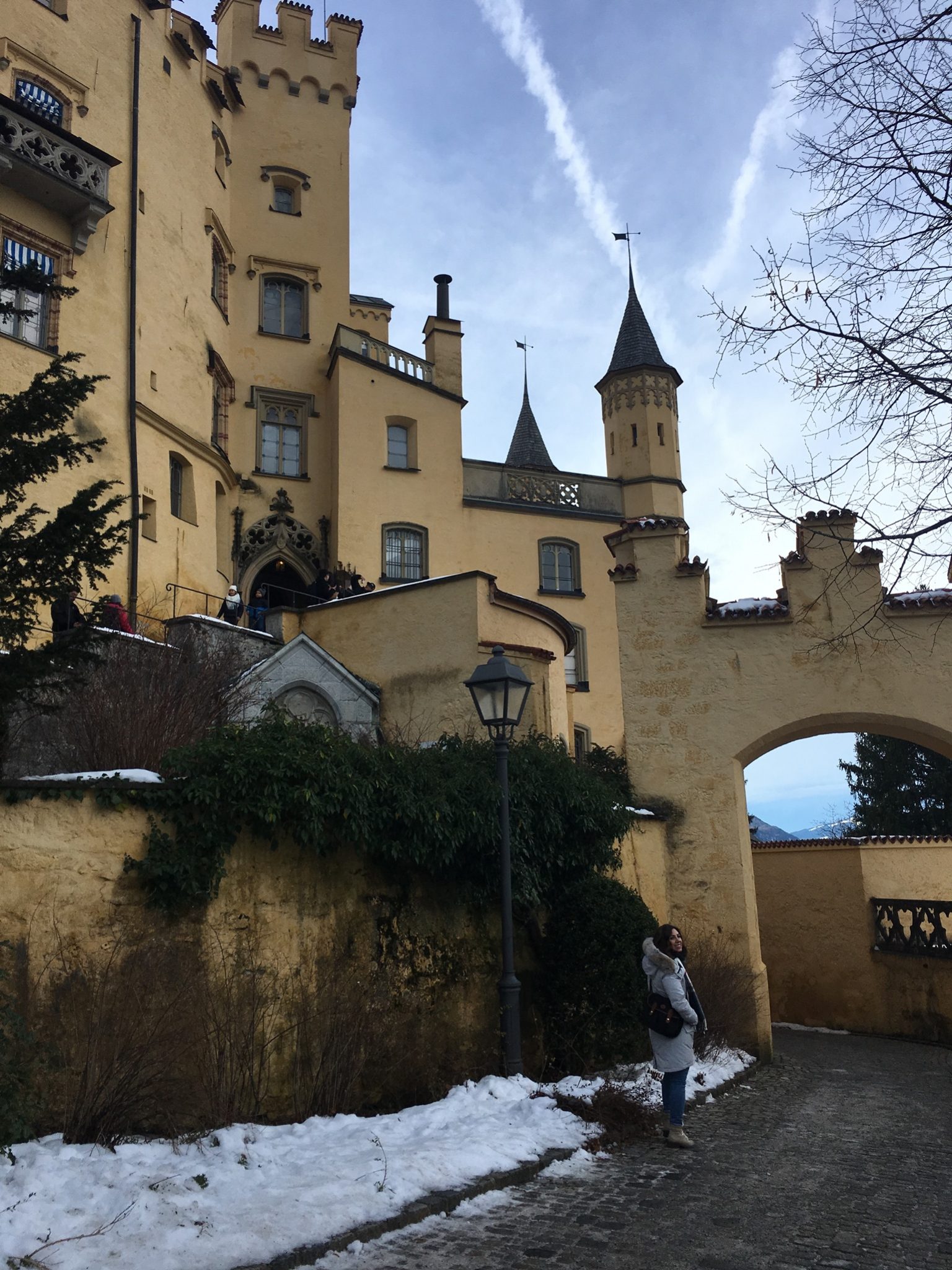 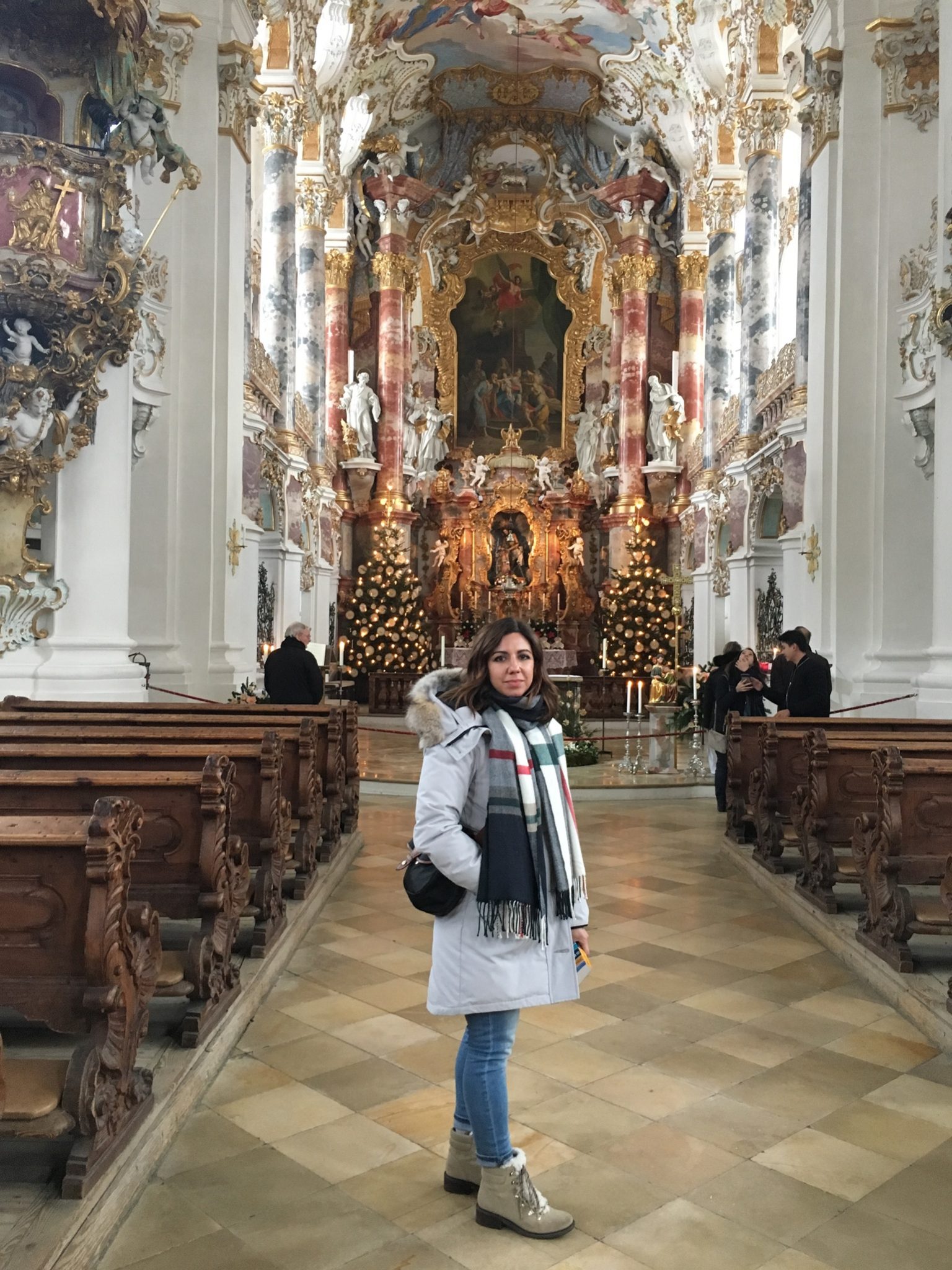 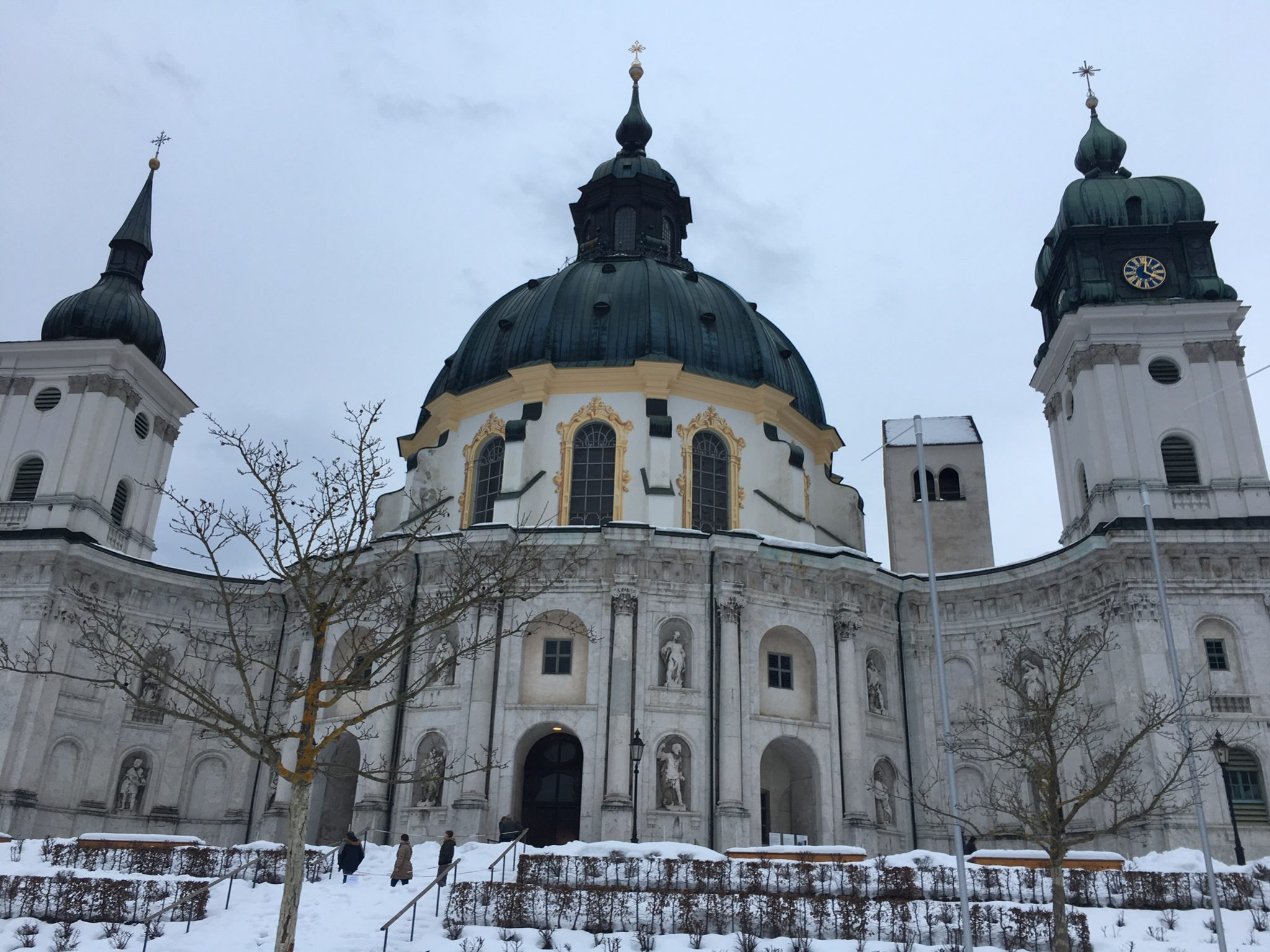 We decided to make our Bavarian home base in Füssen. It is a small town with lots of medieval remnants, including the Hohes Schloss castle. We liked that it was a quick 8 minute drive to the Neuschwanstein and Hohenschwangau castles. Both castles were incredibly cool; I wish I was allowed to take photos inside!

If you ever want to go to the castles, definitely reserve tickets in advance on their website. That way you get the time entry that you want. If you don’t do that, ask your hotel for a reservation voucher which will allow you to skip the line. And definitely arrive 30-60 minutes before the ticket center opens! Even in the winter, the queue was super long.

Oberammergau is another small town that is known for their painted houses. Each house portrays a different scene, whether biblical or fairytale. I know there is a Hansel and Gretel house but we didn’t get to see that one. Oberammergau is known for putting on their “passion play” every 10 years!

After stopping at the Wieskirche (the best representation of over the top Rococo art in my opinion) and the Ettal Monastery (where the monks brew their own beer), we ended our Füssen trip at a large beer hall while it dumped alpine snow outside. 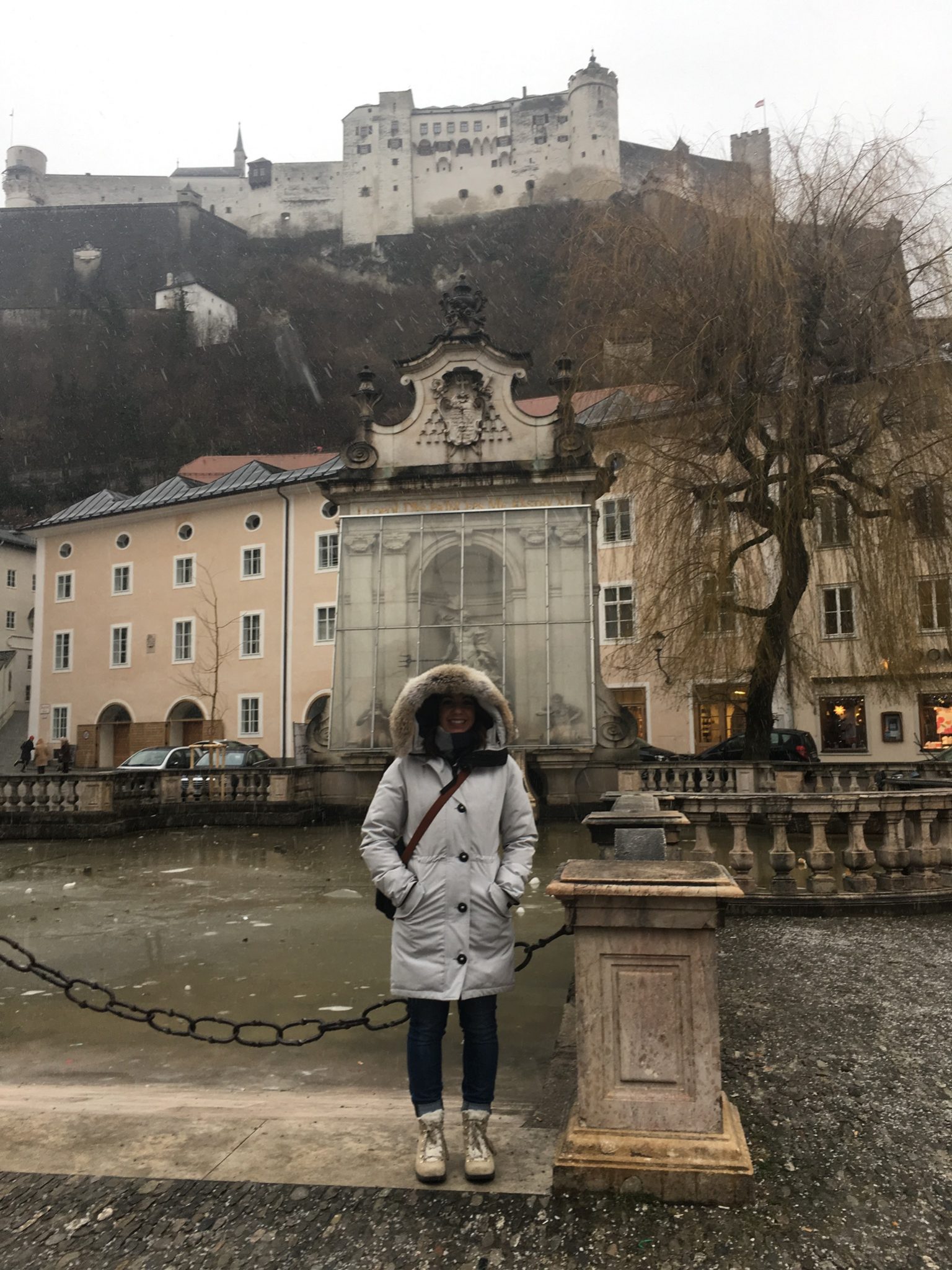 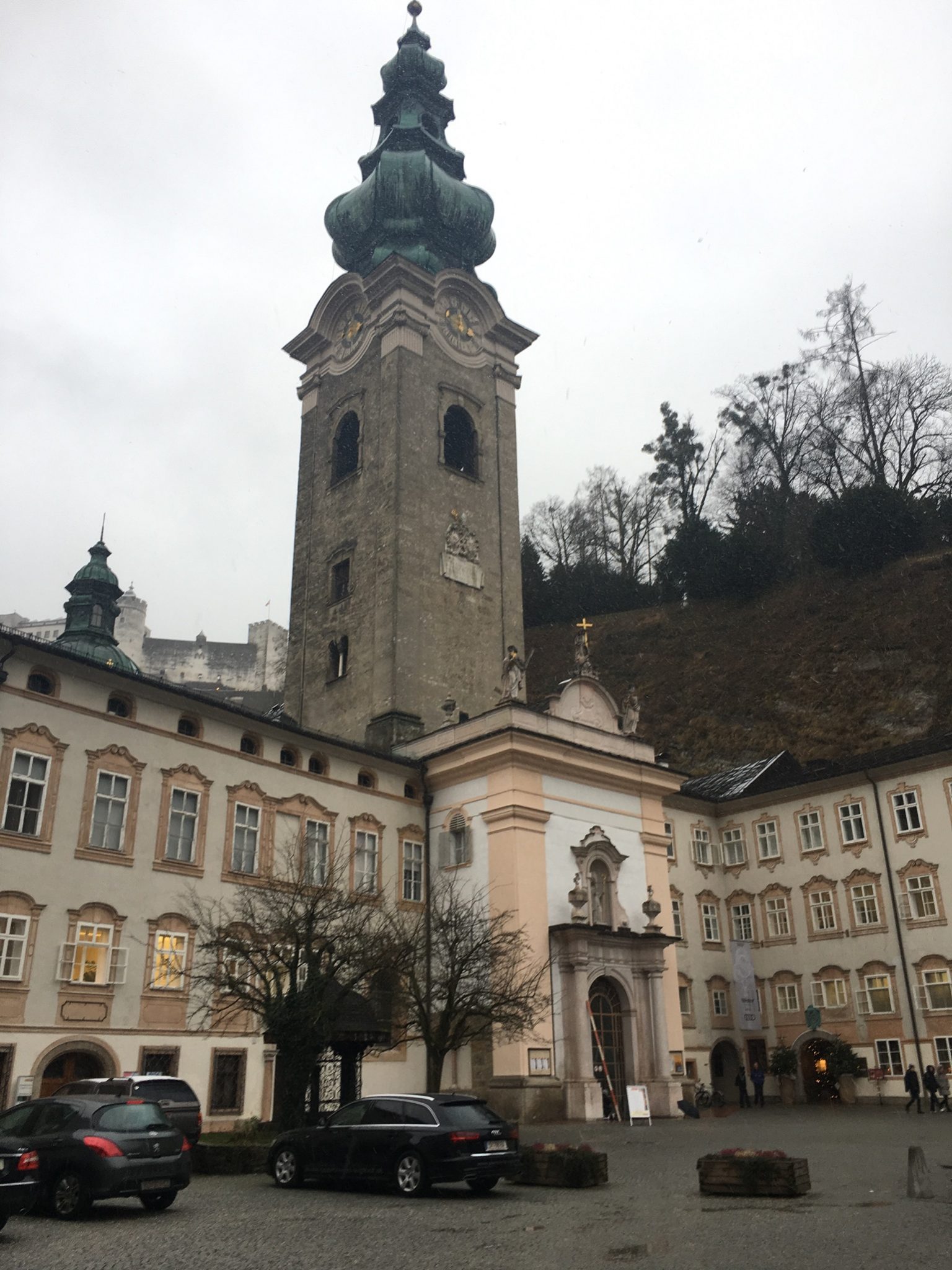 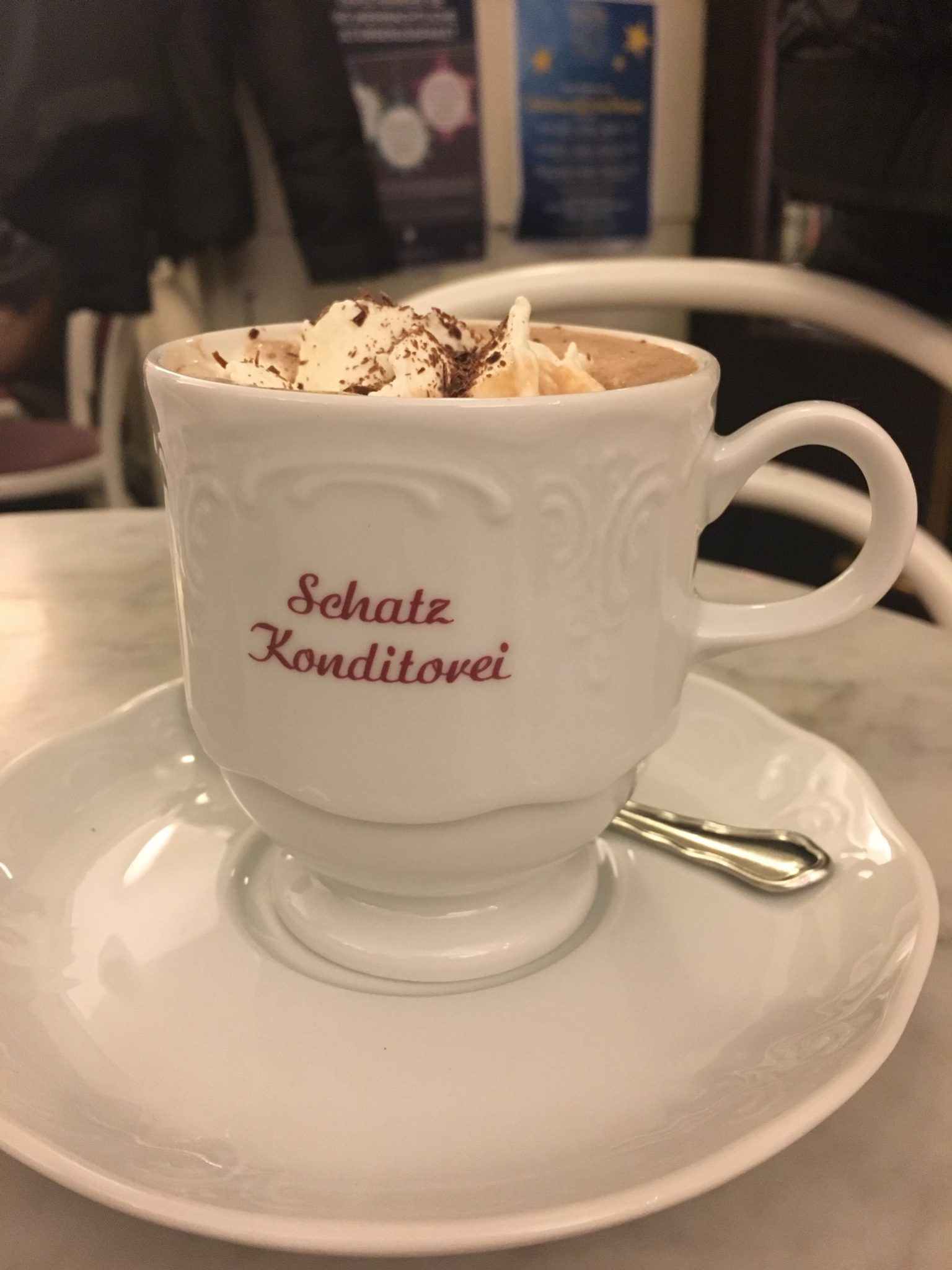 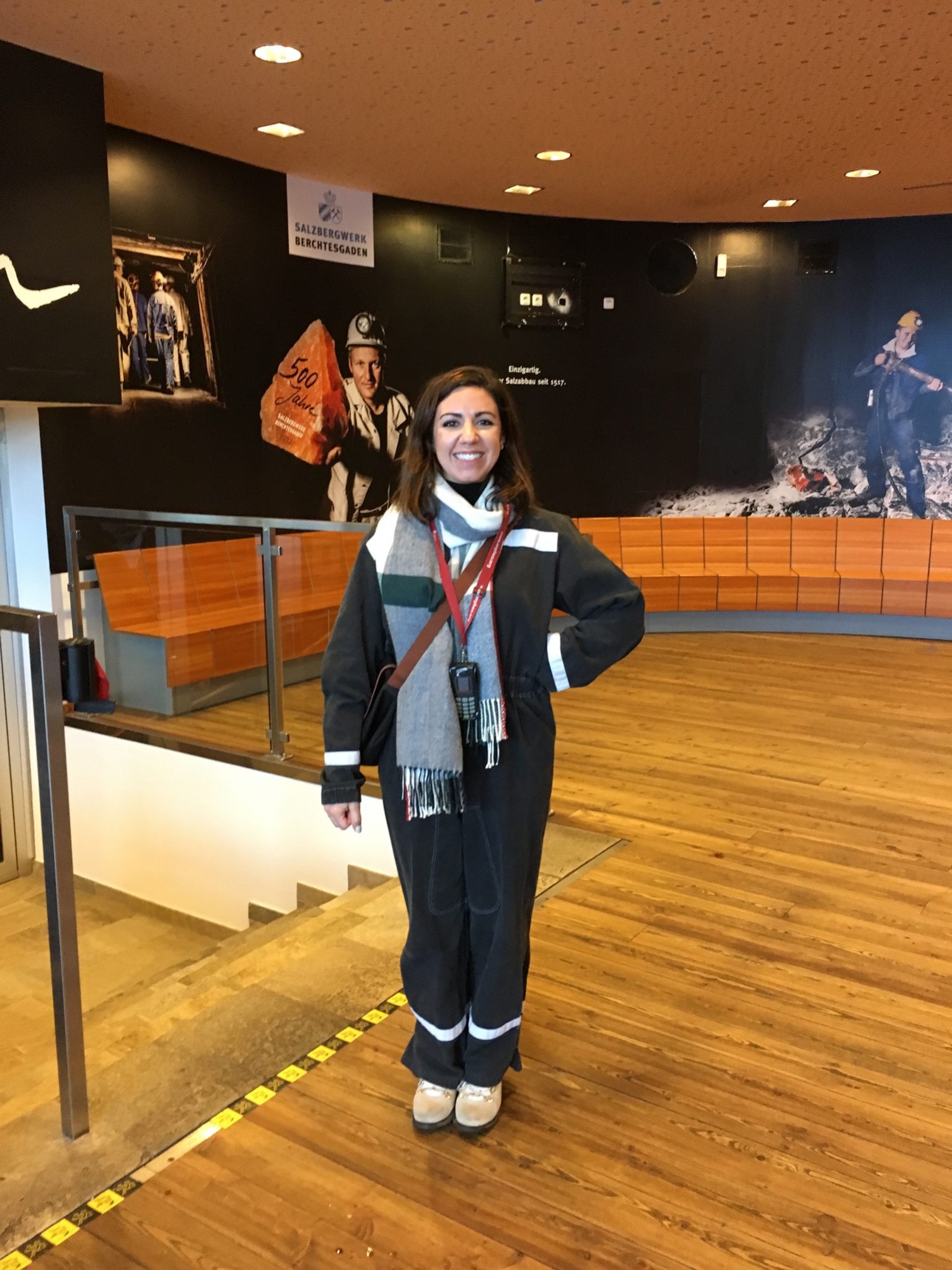 Due to the insane amounts of snow, it took us about 4 hours to drive to Salzburg when it should have taken 2. But the drive was pretty. We stayed in the old town where cars are not allowed, so we parked outside of the city and schlepped our bags to the center of town. By this time we were SO sick of weiners and schnitzel so we found an asian restaurant serving pho! Such a godsend.

Since we are dorks, we downloaded an audioguide tour of the city, where we got to see historic monuments, fountains, and churches. I thought it was really special to see the organ where Mozart used to play. Mozart’s birthplace was pretty cool, too. We ended the night by taking the funicular up to the Hohensalzburg fortress for a classical music concert.

On our way back to Munich, we toured the nazi documentation center in Berchtesgaden. It was very informative but also pretty hard to visit. After, the Salzberwerk salt mine tour really lifted our spirits! We changed into sexy burlap jumpsuits and zipped into the mountain to see how they have mined salt for hundreds of years. 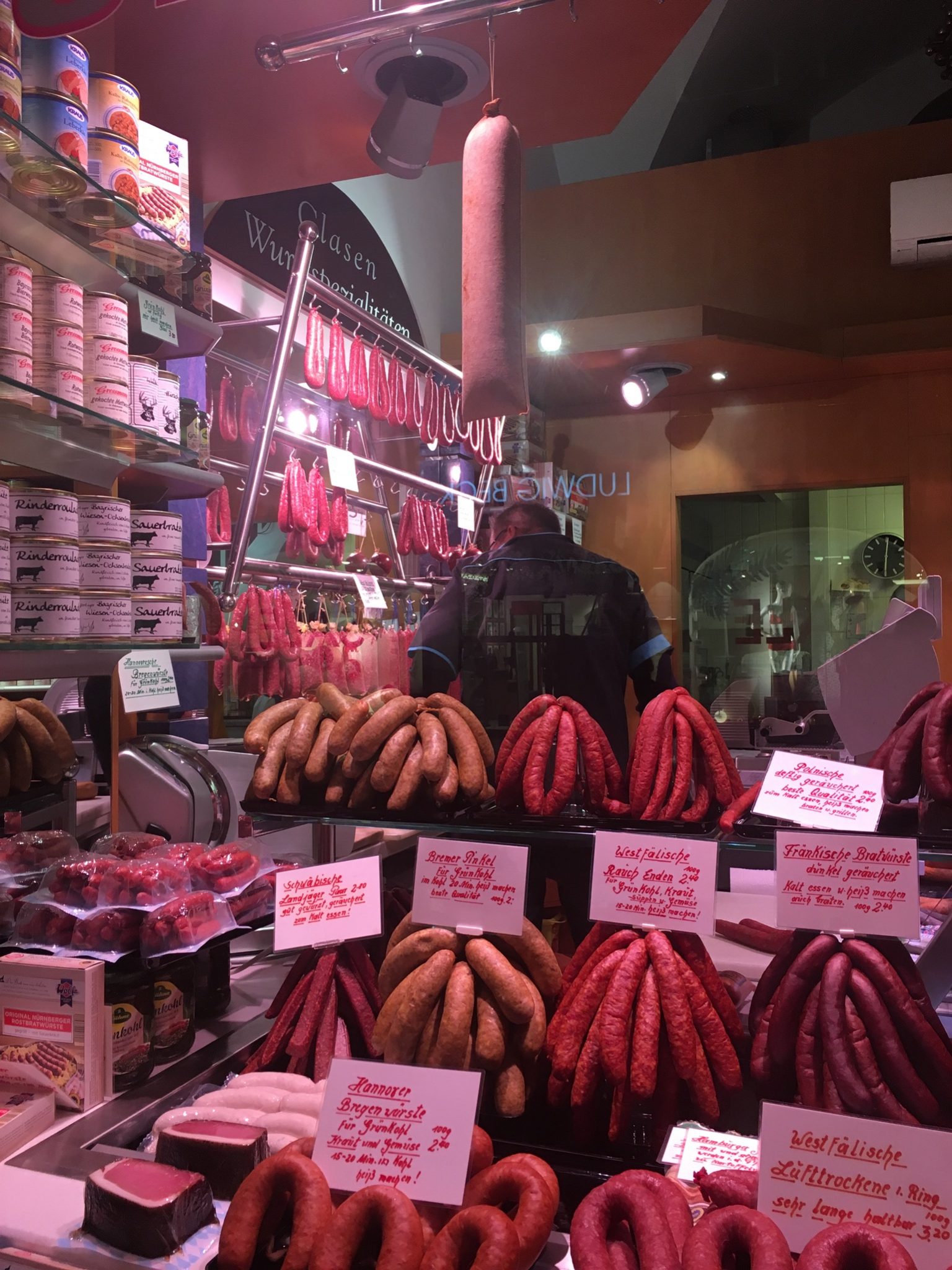 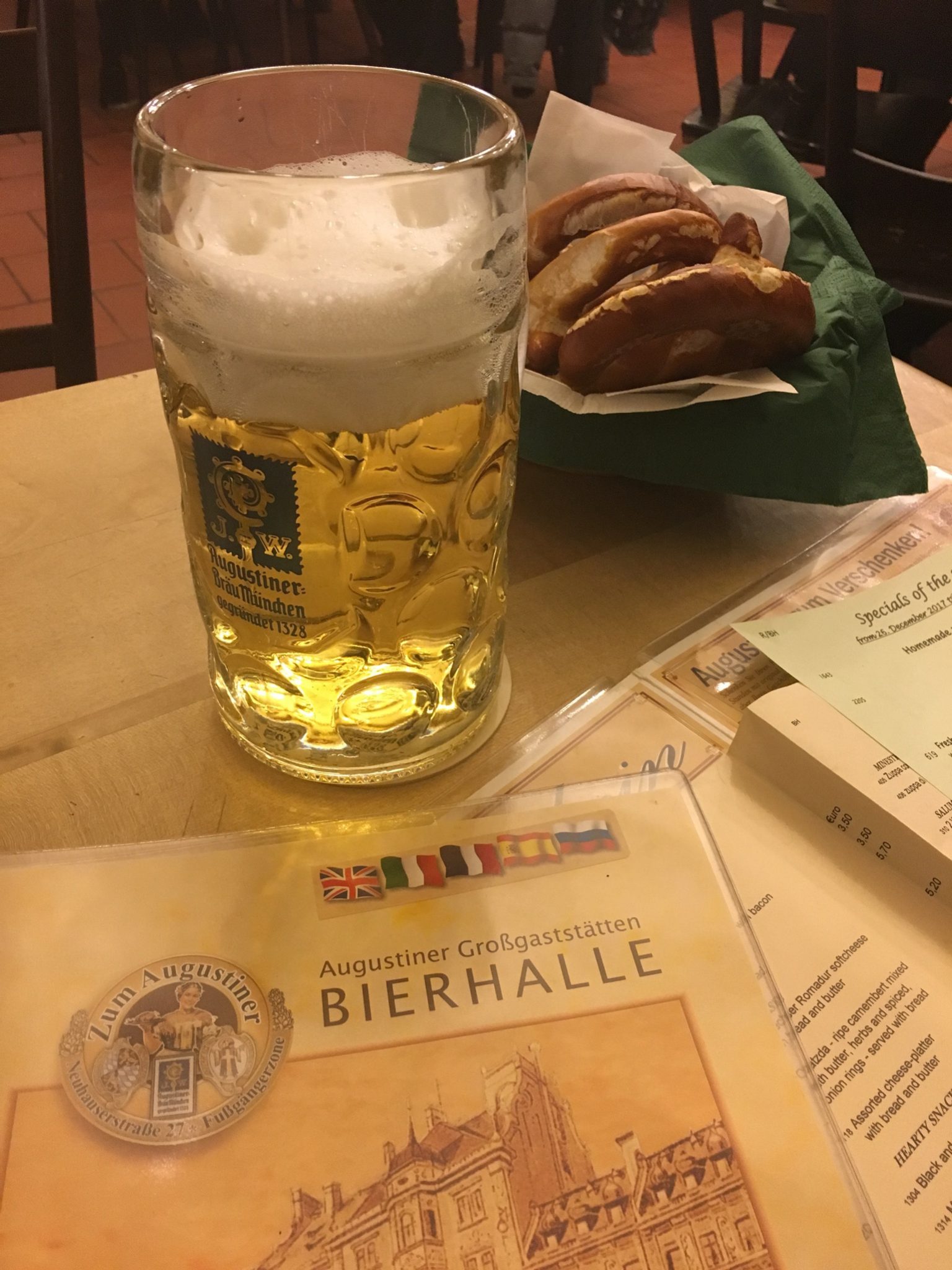 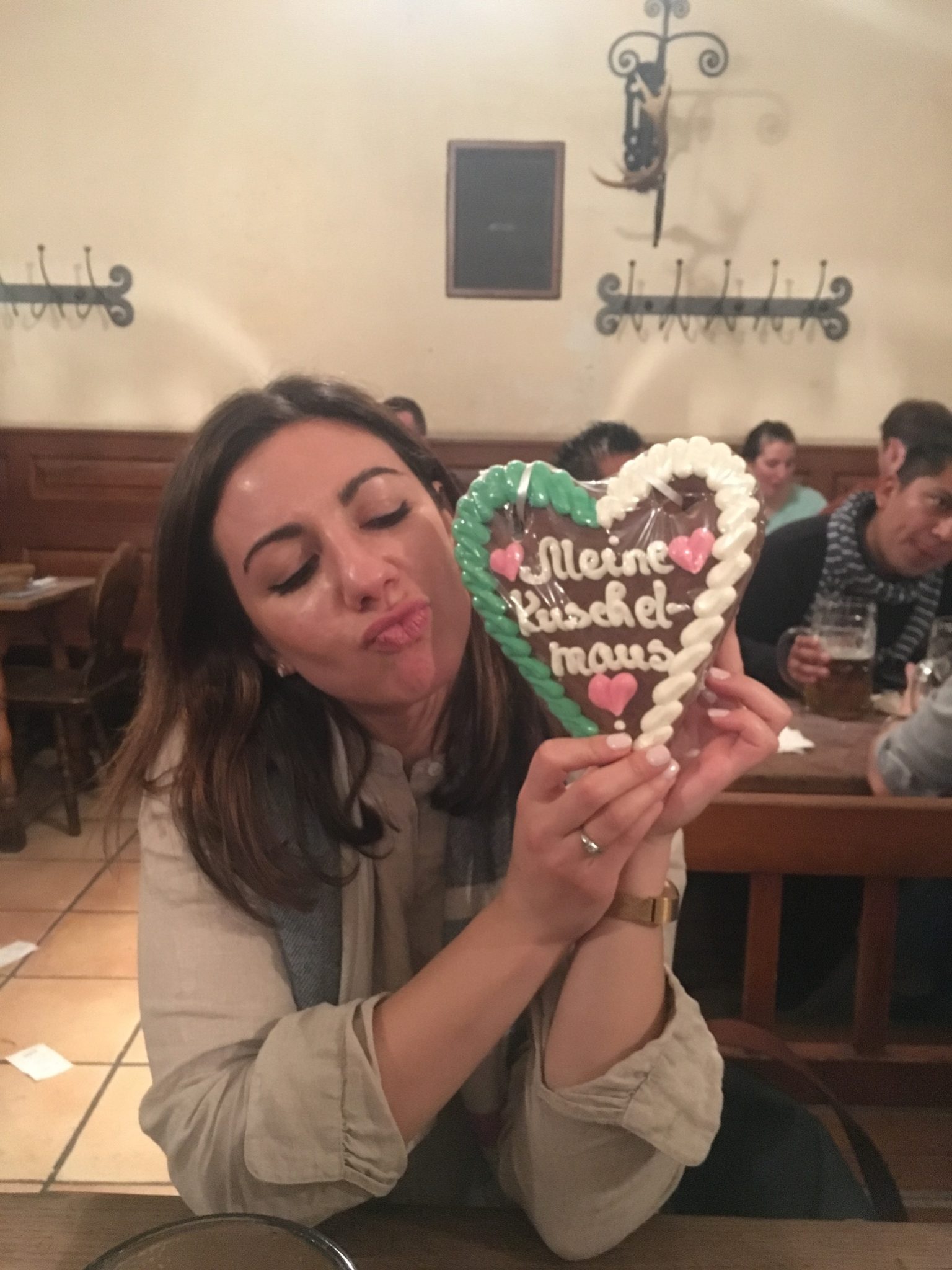 My Thoughts on Germany

I loved it. Everyone we met was friendly, and I like how the Germans are very smart, educated, and organized. They give good directions, make things easy for tourists, and are very hospitable! I don’t mean to generalize, but that’s just my experience. There were plenty of locals at the places we visited, and we had no problem striking up conversation to learn a thing or two.

The German language is also kind of funny, especially for my 12 year old sense of humor. Everything is “fahrt” this and “fahrt” that. Apparently it means “trip” or “journey” so the word makes its way into a lot of german words, my favorite of which is Ausfahrt, which is literally everywhere and means “exit”.

I highly recommend this trip. Six days is all you need to have a fabulous time! Have you been to Germany? Did you go to any of the same places we did?

The Perfect Travel Gift Idea for the Avid Traveler

Recap Of My First NYFW

Five Ways To Keep Your Jewelry Safe While Traveling
« Winter Safari & On Mondays We Link-Up (#45)
Friday Fizz: Sassy Under $50 »

One of our favorite activities: coloring outside w

Elwood sure is enjoying our new @bollandbranch sig