Talk about perfect timing. Right before I booked the cruise, I was offered to try out the Emjoi eRase epilator. And the story of what I did when it arrived is quite humorous, in my opinion. 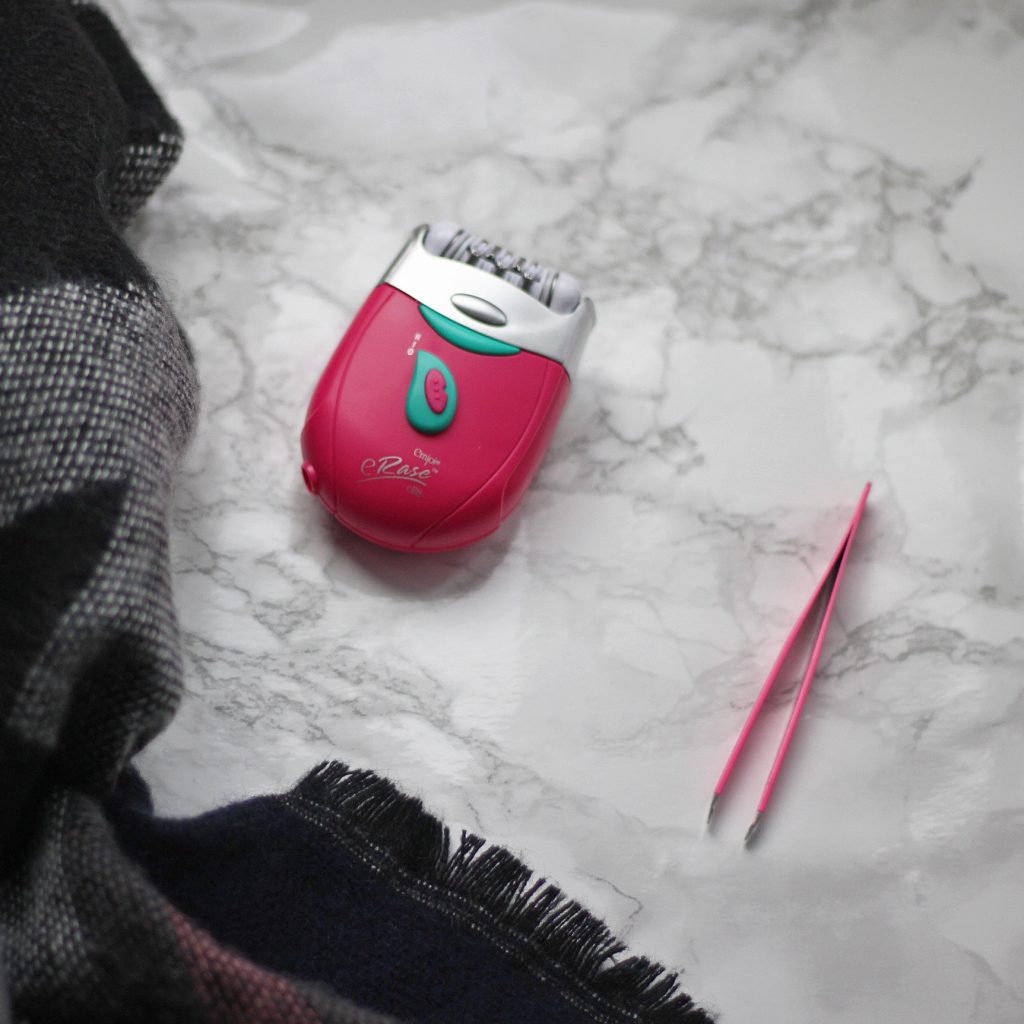 First, let’s clear up what this little device is. It’s a rapid hair remover device, with spinning discs that contain little nippers that act like tweezers. They yank out your hairs (on your face or body) at rapid speeds and with smooth results.

So I have a confession. I don’t like to shave my legs in the winter. I wasn’t on the swim team in high school, so I didn’t have to be all silky smooth for meets. And I’ve been with the same man for about 11 years now and he doesn’t care if I’m wooly. Leg hair typically doesn’t bother me. And it helps that mine isn’t dark or alarming. 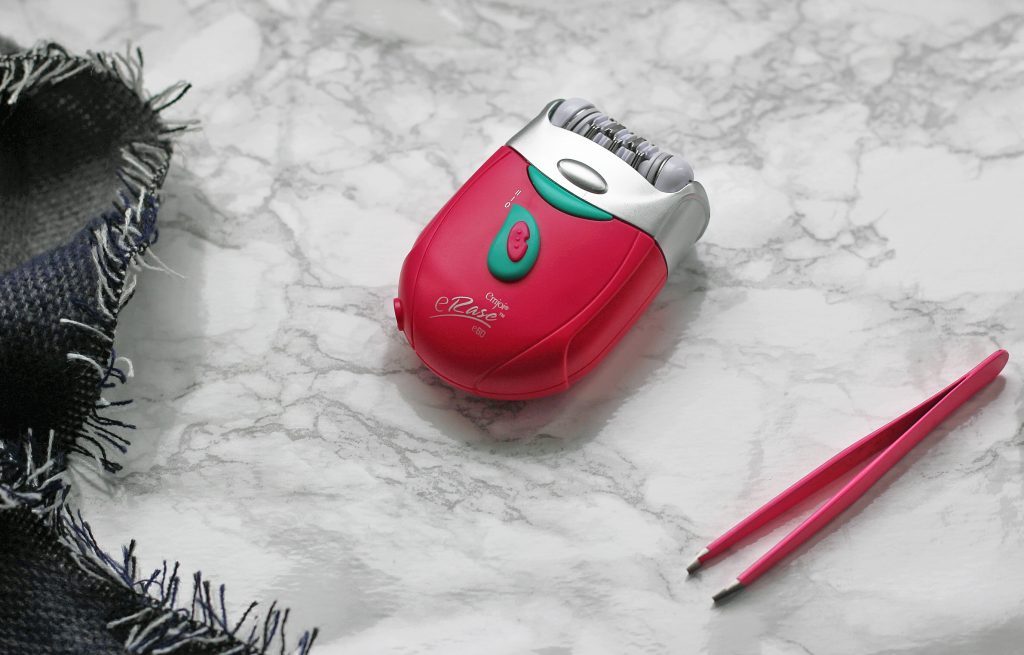 IT was the week before the cruise and I knew I had to so something to clear up the forest. When my little Emjoi eRase epilator device arrived I don’t know what came over me, but I opened up the package, plugged it in, and proceeded to immediately use it on my right leg right there in the kitchen.

There are two speeds, fast and faster. And you are supposed to move it up and down in one area for a bit until it is clear to your satisfaction, then move on to another area. Even though the hair on my leg was pretty long, it didn’t hurt at all. Just like a little pinching that I got over really quickly. Here is a little video that shows you how it works.

Since it removes the hair from the root (rather than shaving it at the base) the hair is gone for up to 6 weeks. I was THRILLED that I didn’t have to shave my legs at all on the cruise.

There is also an attachment that makes the tweezer-area smaller, allowing you to remove hair on more sensitive areas. I tried it on my upper lip, but my skin was a little to sensitive for it and I broke out. But the same typically happens to me when I have my upper lip waxed. You know those tiny little bumps? So if you know your face is sensitive to waxing and tweezing, then the device would likely have the same effect on you.

Ultimately the Emjoi eRase is a handy tool and I’m really glad I have it. I would have just shaved my legs forever if it wasn’t sent to me, but I’m so happy with my results that I had to tell you about it. Razors are super expensive (I think I pay around $20 for a pack of six) so a tool that only costs $60 is certainly worth it. I don’t think I’ll use a razor on my legs ever again!

p.s. – does Emjoi sound familiar to you? That’s because I reviewed the Emjoi Micro-Nail tool in the past!

The Emjoi eRase was sent to me for review. All opinions are my own.

So happy I took the @hillhouse nap dress plunge! T

Nothing quite like when your friends get to meet y

Having so much fun on our road trip! 🚗 Yesterda

Rosie is 2 months old! 🌹 She loves being sung t

I’ve loved these nails so much that I decided th

The mom uniform I’ve been washing and wearing an

I love this photo of Rosie! 🌹Her little turban